Multiple stories in this issue, but the one that’s notable is the one by Louise Simonson and June Brigman–the creators of this team, and, at the time, the only pair who ever wrote good Power Pack comics. Since their departure, the team switched abilities between members multiple times, their parents got powers, it … Just got bad.

The details don’t matter much: The team are captured in a “body snatchers” type plot that involves sticking them in tubes. 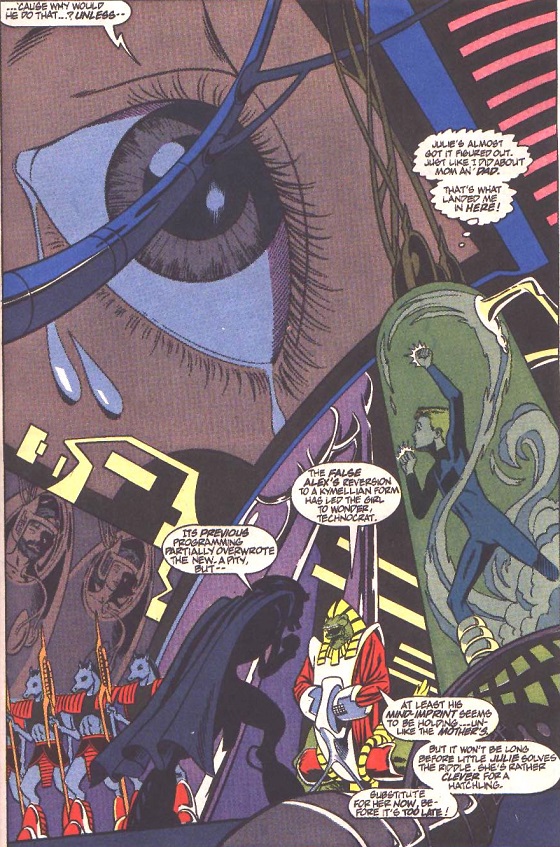 What matters? In the end their powers are back to where they originally were and they can no longer switch powers with each other. So the original creators level-set the team back to their original intent. I like that they got the chance to do that, but unfortunately the story lacks the warmth and love that made the early days of the series so great.

The back-up stories are not worth discussing. One is drawn in a Calvin and Hobbes style and the other one involves Julie and her boyfriend.

They do have comics in them, and Marvel giving itself an attaboy.