Project: Ferocious – An Upcoming Action Adventure Game Based On Dinosaurs Is Looking Intriguing

The games industry thrives on taking players to fantastical worlds and historical realms, and the abstract nature of the experience means that we get to see things, places, and concepts that we obviously wouldn’t be able to see in real life – which of course, includes dinosaurs among other things. Games featuring these primordial creatures were pretty prevalent a couple of generations ago, and while that popularity has certainly plummeted in recent years – some developers are still trying to create interesting games based around these creatures.

But thanks to AA and indie studios that have recently got a platform to shine with the advent of Steam Early Access, such kinds of games have started to resurface again. We recently took a look at Compound Fracture, and now we are shifting our attention towards Project Ferocious which seems to be hitting all the right notes when it comes to action games featuring these fierce predators. So, it’s finally the time to ask the question – what the hell is actually Project Ferocious?

Project Ferocious is an action-adventure game that’s currently in development at a small studio named OMYOG, and this is the studio’s debut title. While the studio is certainly pretty small when compared to AAA standards, the game has definitely impressed us with its scope, mechanics, and the general level of polish in everything that it’s trying to do. 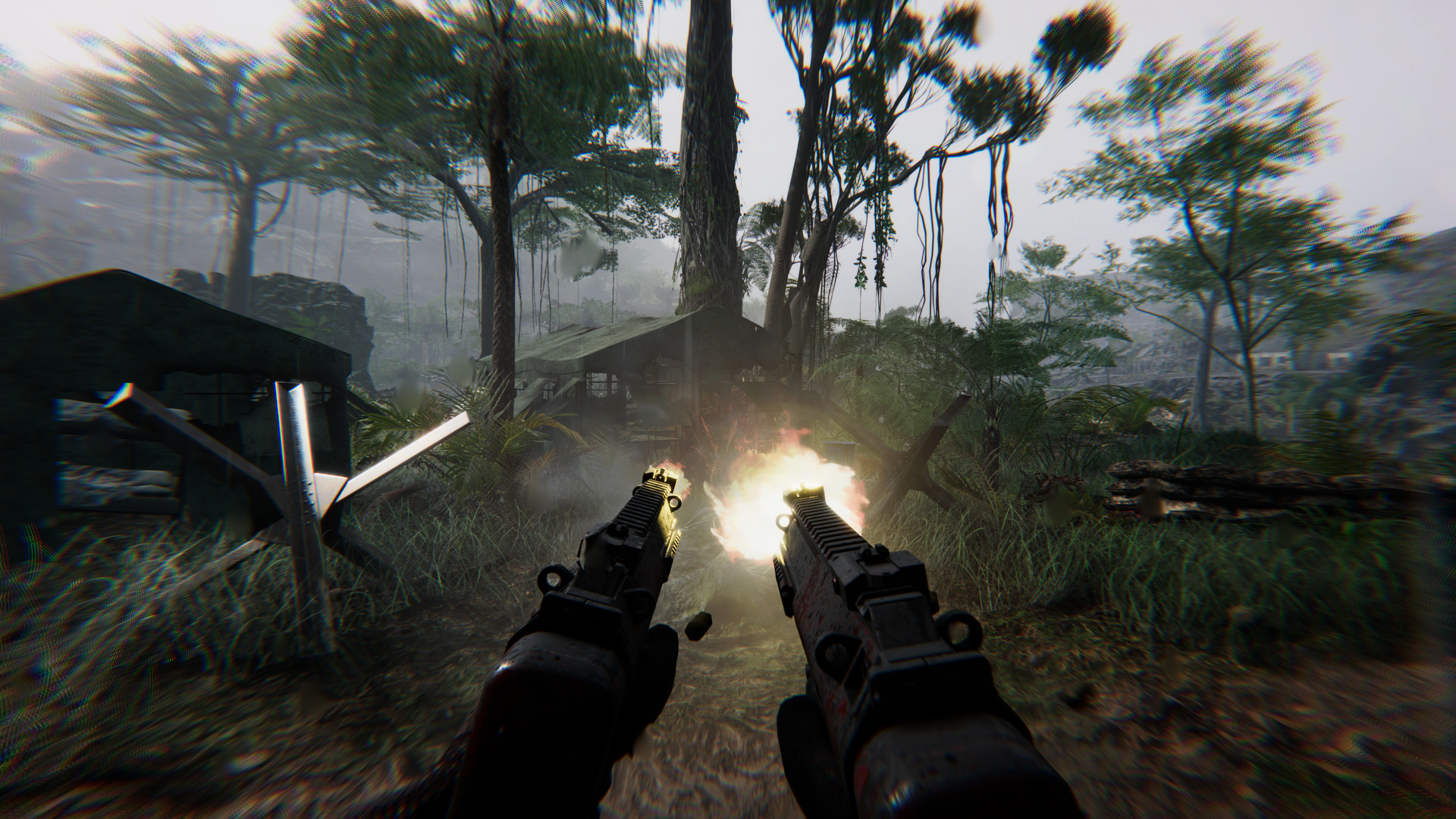 Project Ferocious is set against the backdrop of a secret island that’s filled with all kinds of horrors ranging from monsters to dinosaurs and others. You see, we assume the role of an unnamed mercenary who has been tasked to investigate a distress call from someone out in the wild. But the catch is that there’s supposed to be no landmass or civilization at the origin point of the signal, and naturally we find ourselves in this magical place.

Who sent that distress signal in the first place and what secrets these lands hold are the first questions that come to mind when thinking about this narrative premise, and it seems rather obvious that the story will lean towards answering these and building a coherent narrative around it all. Sure, it’s not something that we haven’t seen in games of this ilk, but OMYOG should definitely try to craft something that manages to retain the player’s interest for the vast majority of the story’s runtime.

But most players wouldn’t be jumping into this game for the story, right? So it’s great that OMYOG recognizes this as well. In the case of action games like Project Ferocious, gameplay is the king – and the developer seems to have brought its A-game to the field when it comes to the moment-to-moment stuff which looks excellent. You are a highly trained mercenary capable of overcoming all odds against a wide variety of opposition, and that’s what you will be doing most of your time during your stay at the tropical place of death and despair. 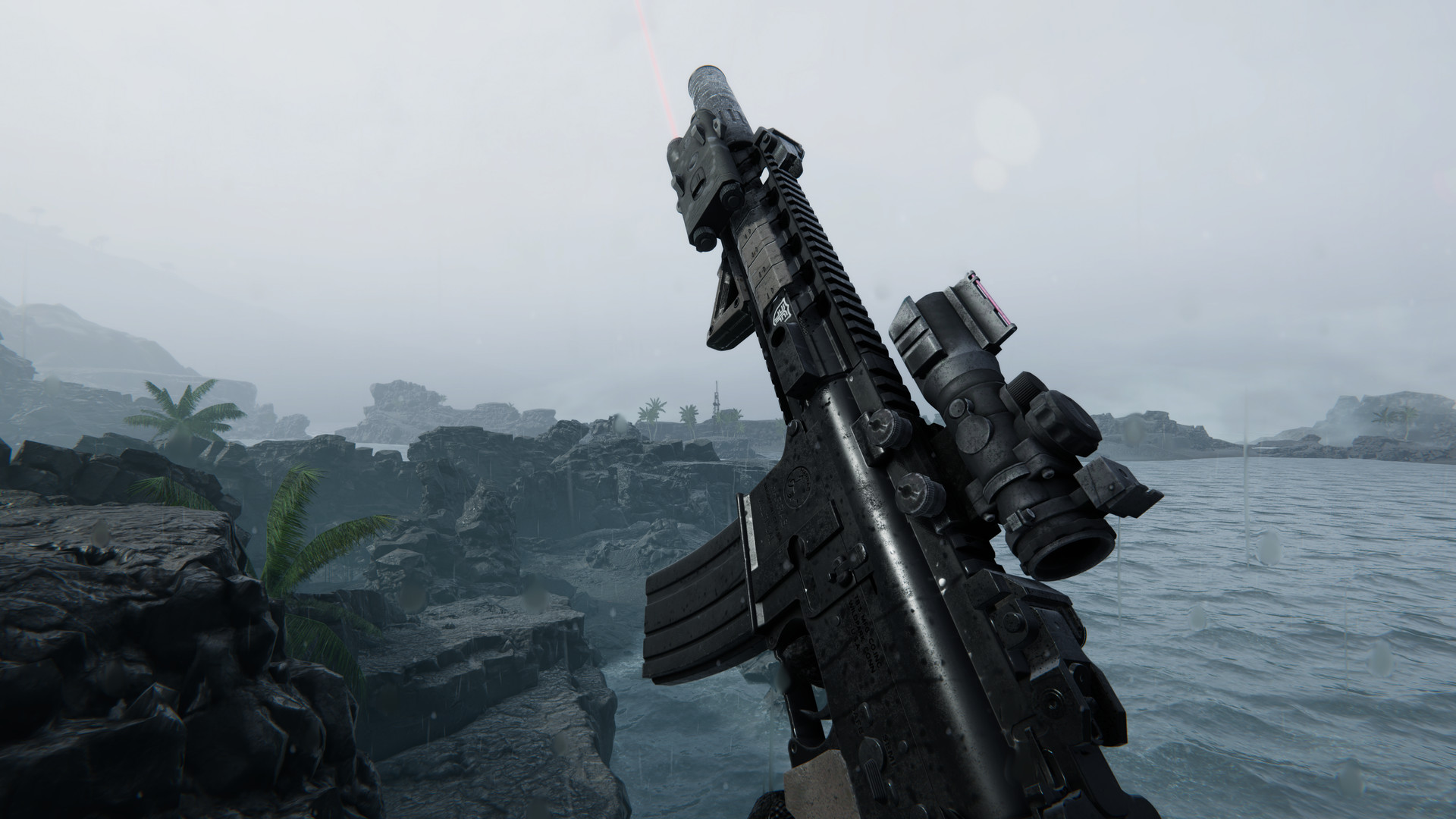 The combat system itself seems to be a mechanically sound one, and everything from proper bullet recoil to enemy feedback to punchy sound effects really make it feel lifelike and genuine. Enemies will fall to the ground with weight behind those movements, bullets and gunshots leave visible traces of impact on every terrain, and explosions constantly pepper the battlefield as you try to dance around your enemies and race for cover all while chipping away at the health bar. The player is meant to be aggressive in their tactics, and fast movement speed and recharging health bars ensure that you are always leaned towards that particular style of play.

Then there are the enemies, which as mentioned before – are nimble and demand quick thinking and changing tactics on the fly to overcome the toughest encounters. Project Ferocious features plenty of enemy types ranging from enemy foot soldiers to sharks to raptors and others, and they are obviously very different from each other in form and function. For instance, you might be better off with an automatic shotgun if you are dealing with a raptor who keeps chasing you around the battlefield, but you might want to switch weapons to a submachine gun and engage from a distance when up against hordes of enemies with ranged artillery.

Exploration also seems to be a core component of Project Ferocious’ design pillars, and the developer has already confirmed that you will have access to varied equipment to clamber up cliffs and dive underwater and explore every nook and cranny of this island and its surrounding. At best, we may be in for a sandbox styled experience where the freedom of exploration opens up new tactics for attacks and ambushes – and we are certainly hoping that it turns out like that. Of course, it could also be a platformer-styled implementation where you get new gear as you progress through the story – and that allows you to explore other areas and uncover new secrets and loot that make you stronger. 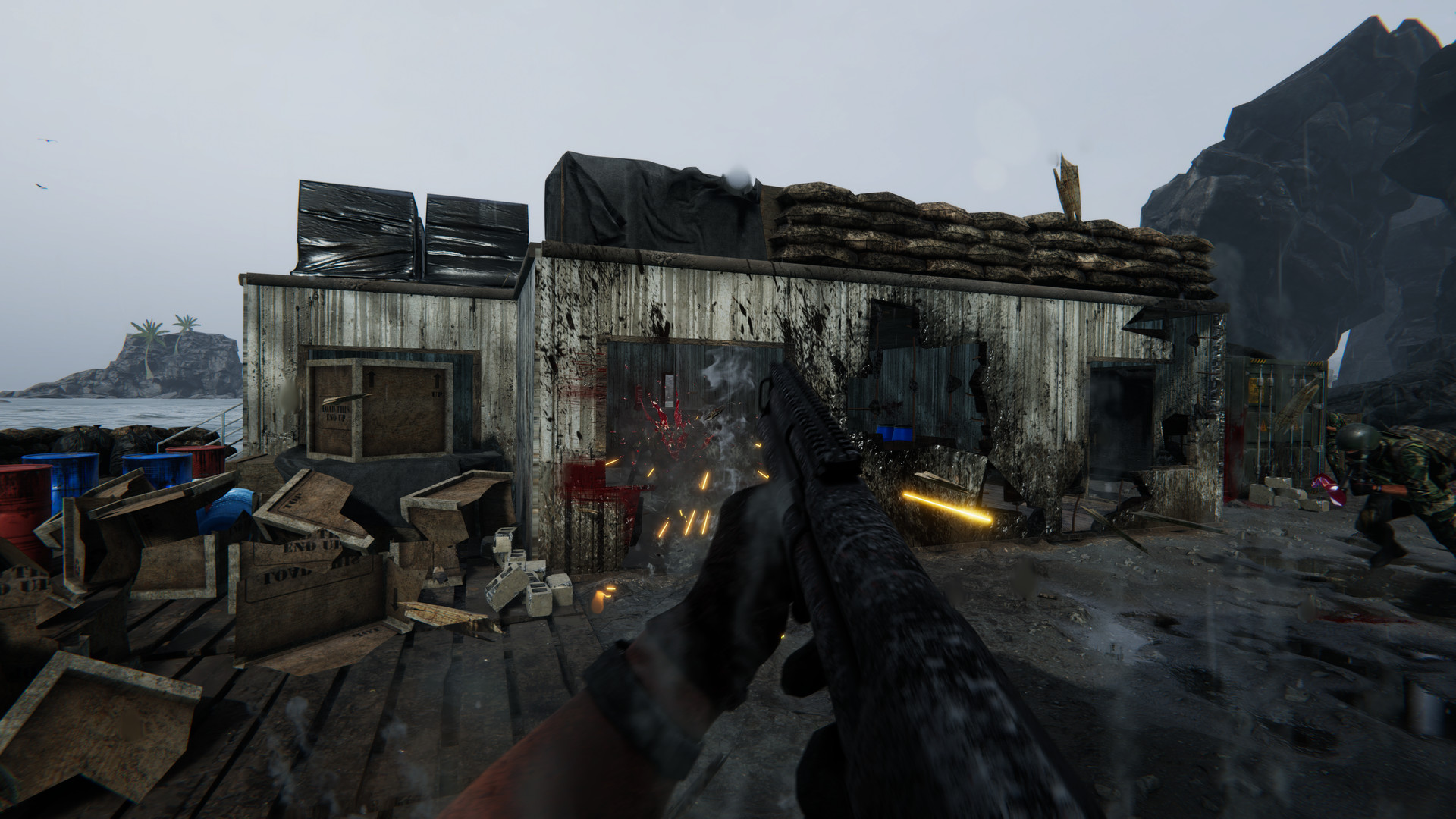 Either way, it all sounds really promising – and we can’t wait to scour these lands when we finally get the game in our hands. Furthermore, you will even have access to vehicles like motorboats that allow you to cover huge distances in a relatively short span of time. Much like the combat system that we discussed earlier, OMYOG has certainly paid the required attention to exploration – and hopefully, it would be able to shine through in the final release.

Coming over to the presentation side of things, Project Ferocious looks really great. The biggest surprise is definitely the intense atmosphere that the developer has managed to build with its choice of dark colors and a cloudy skybox. Of course, great art direction wouldn’t amount to much if the technology powering it all isn’t on an equal plane. But thankfully, Project Ferocious delivers the goods in that regard as well – and we get to see high resolution textures on terrain, volumetric fog, destructible environments and high-quality depth of field which combine to make the presentation pristine and realistic. It’s a visual feast for the eyes, and surprisingly – it’s all being achieved on the Unity Engine which is actually the best choice for developers with smaller budgets and manpower.

Finally, there’s the question of its release date – and unsurprisingly, Project Ferocious is still some ways from its release. Details around release dates are paper thin at the moment, but from the looks of it – development seems to be chugging along at a fine pace. OMYOG has been working on the game for a couple of years now, and the community is kept in the loop with regular updates over on the game’s social media handles. If we were to take a guess, Project Ferocious would be out before 2024 – but the game could definitely slip out of that range, so best keep those expectations in check.