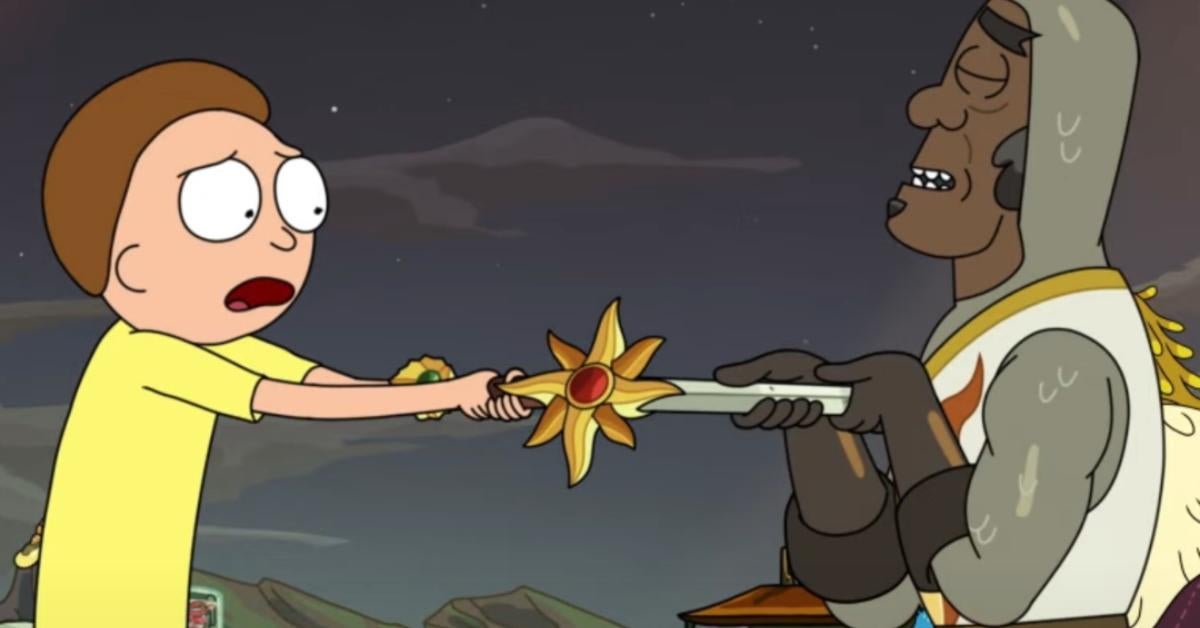 Rick and Morty is now in the final stretch of Season 6, and Adult Swim has given fans a look at what to expect from the penultimate episode of the season with the opening scene for Episode 9! The sixth season of the series has been noticeably different from how things played out in the last couple of seasons. Each episode thus far has been using the overall continuity of the franchise to develop new sides to each of the characters, but notably Morty has not gotten as much attention in this regard compared to Rick and the rest of the Smith Family.

It's why this second to last episode of the season is that much more enticing as it teases that Morty will be having a starring role once more. After the first two episodes of Season 6 explored a new side of Morty as he reflected on what he's done for the past five seasons, he's taken a backseat for the rest of the episodes. But Episode 9's opening scene teases that it will be an episode all about Morty as he joins the Knights of the Sun. Check out the cold open clip from Rick and Morty's newest episode below as shared by Adult Swim:

How to Watch Rick and Morty Season 6 Episode 9

Episode 9 of Rick and Morty Season 6 is titled "A Rick in King Mortur's Court," and it teases that Morty will be fighting back against Rick's wishes once more as he has deemed his grandfather "boring." It's an interesting spin following up the previous episode that saw Rick actively going to therapy to slow down on how many wacky villains and adventures he took on, and it seems that Morty is thus acting out of his own accord as a result.

As for the episode itself, it seems like Morty will be caught up in some kind of medieval adventure that he himself really doesn't want to do. This could end up being the full focus of the episode, or the B plot to something else that's still being hidden. There's also the question as to whether or not it will tie into the events of the season finale coming next week, so all eyes will be peeled to see where it all goes from here.

What are you hoping to see in Rick and Morty's next episode? Let us know all of your thoughts about it in the comments! You can even reach out to me directly about all things animated and other cool stuff @Valdezology on Twitter!