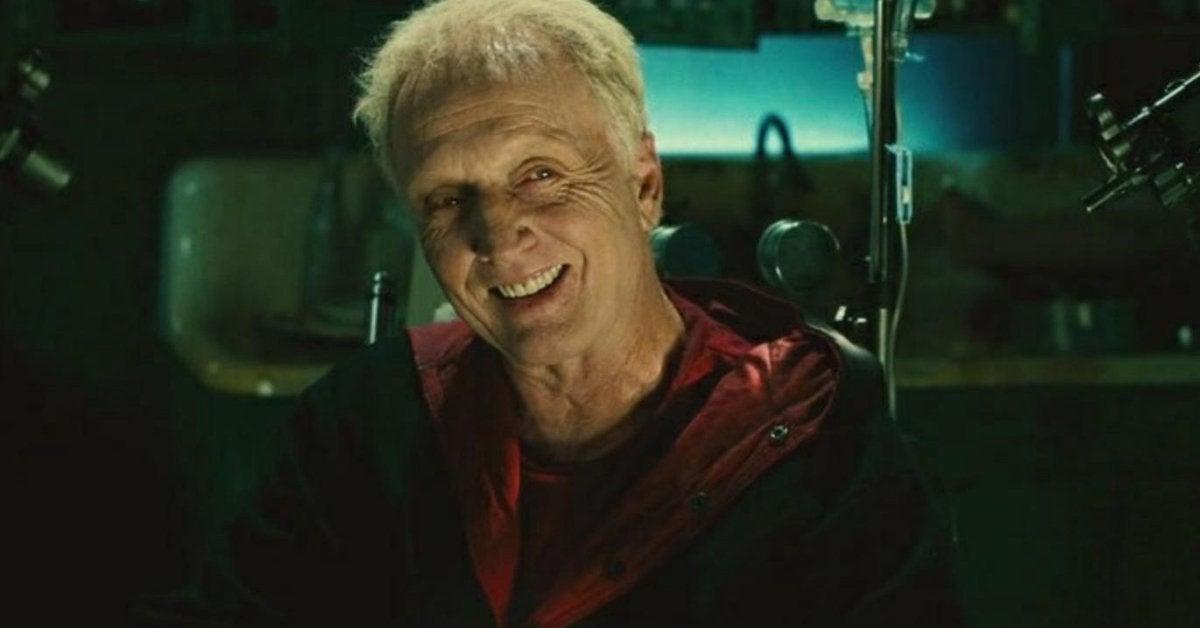 Filming on the upcoming Saw 10, which doesn't have an official title just yet, has reached its final day of principal photography. News of the sequel's wrap comes from longtime franchise scribe Josh Stolberg who confirmed that filming concluded today with a surprise Twitter giveaway. The upcoming movie may mark the tenth film in the long running horror franchise, but it's also Stolberg's third as a screenwriter. To mark the occasion of the end of filming, Stolberg revealed to fans the was giving away a unique piece for Saw fans, an actual circular saw signed by series star Tobin Bell.

Taking to Twitter, Stolberg write: "Look what I'm giving away on the last day of principal photography on our new @Saw #movie!!!! An @officialtobin hand-signed circular Saw. FREE!!!!!! Just follow and RT this post to enter. #giveaway." Fans were quick to retweet the message in hopes of securing the prize, many of them frankly just excited by the fact that Bell will be returning to the series once again with the new movie. Check out a photo of it below.

As fans of the series may recall, Tobin Bell's character, the infamous Jigsaw Killer, actually died way back in 2006's Saw III, but still continued to appear in the annual sequels due to flashbacks that built out his backstory to an excessive degree. Even Saw 3D, previously Saw: The Final Chapter, saw Bell return to his part, reprising once again for 2017's Jigsaw. Bell didn't appear in 2021's Spiral: From the Book of Saw, though a photo of him is present in one scene.

Look what I'm giving away on the last day of principal photography on our new @Saw #movie!!!! An @officialtobin hand-signed circular Saw. FREE!!!!!! Just follow and RT this post to enter. #giveaway pic.twitter.com/mHjAvRkA67

In addition to Bell reprising his role another franchise staple is potentially back in the mix with Shawnee Smith previously teased to be circling a return as Amanda Young. Confirmed cast members that will appear in the movie include Synn?ve Macody Lund (Ragnarok), Steven Brand (The Sandman), Michael Beach (S.W.A.T.), Renata Vaca, Paulette Hernande, Joshua Okamoto, and Octavio Hinojosa. Director Kevin Greutert is also returning to the franchise to direct the movie, having previously directed Saw VI and Saw: The Final Chapter in addition to editing six other movies in the frnachise.

"What a thrill to be reuniting with Tobin," producers Mark Burg and Oren Koules previously said in a statement about Bell's return. "His performance as John Kramer is part of the magic that made this franchise a phenomenon and his character is an active part of this film."