The Morning After: Apple has ‘fully resumed’ advertising on Twitter, according to Elon Musk

According to Elon Musk, Apple has “fully resumed” advertising on Twitter. The billionaire made the comment during a Twitter Spaces conversation he broadcast from his private plane on Saturday evening. On November 28th, Musk claimed Apple had “mostly stopped advertising on Twitter” and threatened to remove the platform’s iOS client from the App Store. Two days after that, Musk said he met with Tim Cook. “We resolved the misunderstanding about Twitter potentially being removed from the App Store,” he posted. “Tim was clear that Apple never considered doing so.” On Saturday, Musk added Apple was the largest advertiser on Twitter.

Amazon also had plans to advertise on Twitter again, with reports from Platformer saying the company has committed to spending approximately $100 million per year, “pending some security tweaks.” During the first week of the World Cup in Qatar, Twitter only made about 20 percent of the ad revenue it expected to, according to The Times.

Twitter continues to try to win back its army of advertisers while wrestling with a different approach to free speech: Musk’s “general amnesty” to users that haven’t broken rules. The social network recently restored the account of Andrew Anglin, one of America’s most notorious neo-Nazis. He then tweeted a defense of Ye, the rapper formerly known as Kanye West. “Saying you love Hitler is not even a big deal,” Anglin said, referencing Ye’s recent InfoWars interview with Alex Jones. This reinstatement comes in the same week Twitter suspended Ye for tweeting a photo of the Star of David merged with a swastika.

An estimate by software engineer Travis Brown suggests Twitter has restored as many as 12,000 accounts since October 27th.

The biggest stories you might have missed GE’s $1,000 smart mixer shuts itself off when your dough is ready There’s a built-in smart scale and support for voice control.

Kitchen gadgets are on their way. GE’s Profile Smart Mixer with Auto Sense has a built-in scale so you can measure ingredients directly in the mixing bowl – just be sure to add each ingredient slowly. It uses motor torque feedback to monitor the texture and viscosity of a mix, meaning it can automatically stop when a mixture has been, er, mixed. Pre-orders are open now, (it’s $1,000!) and the mixer should ship later this month.

Pentagon unveils its first new stealth bomber in 30 years The B-21 is undetectable even to advanced radars and air defense systems.

The US military has unveiled the B-21 Raider, its first new stealth bomber in 30 years. Northrop Grumman, which developed the aircraft, first showed us a silhouette of the plane covered by a shroud way back in 2015. Most of its details remain a secret, obviously, but the company called it the "world’s first sixth-generation aircraft," making it a lot more technologically advanced than the military jets in service today. The aircraft was designed using next-generation stealth technology so it can remain undetectable even to advanced radars and air defense systems. It can also fly in full stealth mode every day.

Huawei teases a smartwatch with built-in wireless earbuds Who needs a charging case? 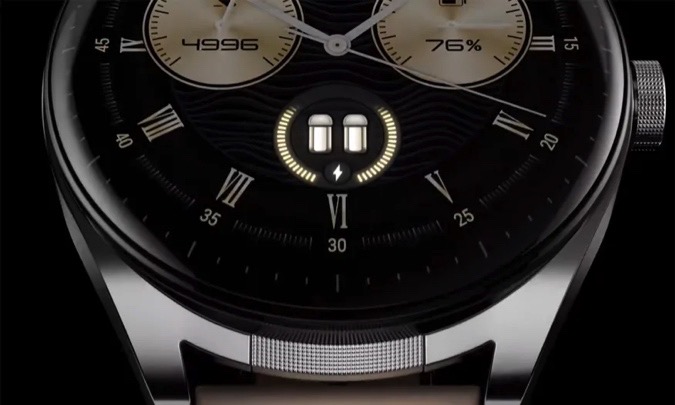 Official details will have to wait as Huawei has delayed a launch event, but the company is working on a new smartwatch to charge and house wireless earbuds. Huawei Central obtained photos showing the earbuds attach to the underside of the dial and sit in recesses when the watch is closed. That should make for a particularly chonky smartwatch – and that’s saying something. It's not certain when Huawei will formally announce the Watch Buds, nor is it clear which countries will get them. Given the company’s status in the US, we doubt they’ll appear in that region.

This week, we dive into Cherlynn’s review of the Kindle Scribe, Amazon’s first e-reader that captures handwritten notes. Also, Devindra and Cherlynn discuss the rise of new Twitter alternatives, like Hive Social and Post. It looks like many communities are already splintering off to these services, but unfortunately, they can’t yet replicate the magic of Twitter.