The Morning After: Our verdict on Amazon’s Kindle Scribe 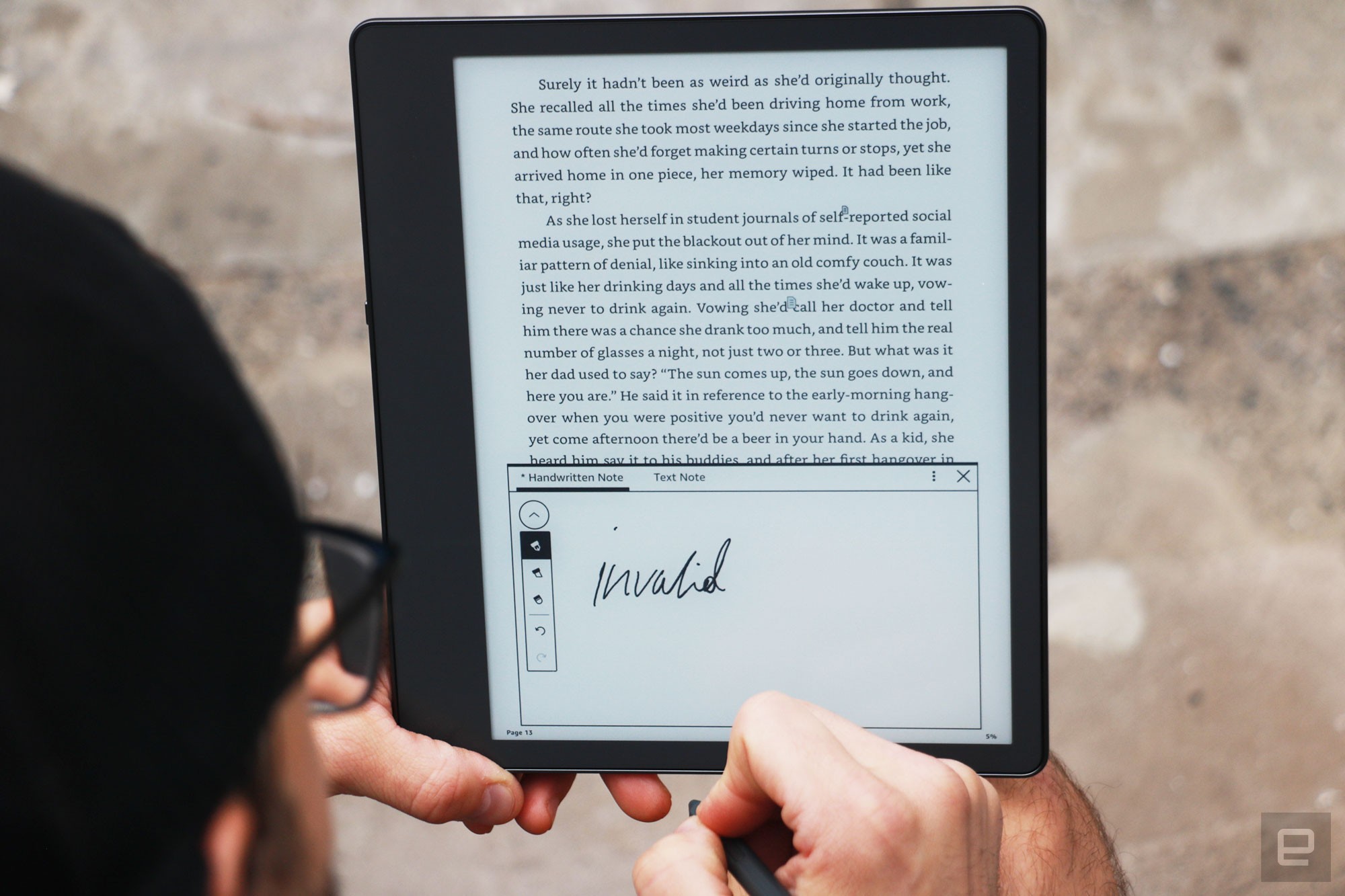 We’ve talked a few times about the appeal of capable digital styluses and e-ink note-taking. Surely, it’s the perfect study tool? This time, Amazon tries it out. The Kindle Scribe, at $340, is costlier than a basic e-ink reader, but it has stylus input, high latency and a few more tricks.

This is Amazon’s first Kindle that supports stylus input, and according to Engadget’s Cherlynn Low, it offers an excellent reading and writing experience. There’s definitely room for improvement, though: Don’t expect handwriting-to-text conversion or sophisticated note-taking and syncing tools, like we’ve seen on other (usually more expensive) devices with stylus input. 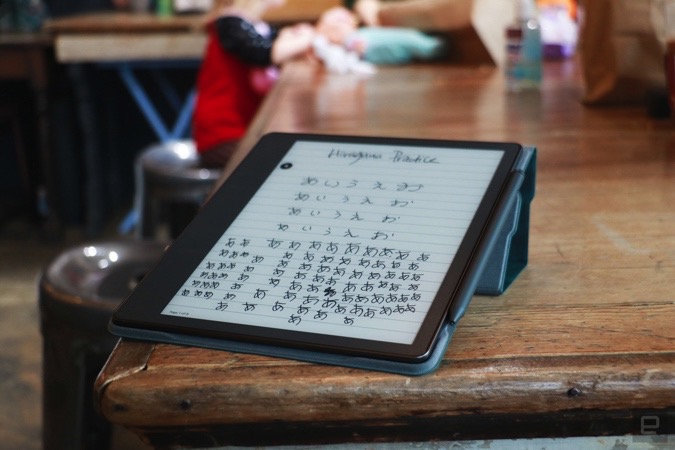 This isn’t a Galaxy S22 Ultra or an iPad Pro, but it’s e-ink, sensitive to your chicken scratches and a different Kindle for Amazon. We’ve only really seen niche e-ink tablets until now. If you’re intrigued, check out our full review.

The biggest stories you might have missed Spotify's 2022 Wrapped is a music-focused personality test Myers-Briggs, but music. 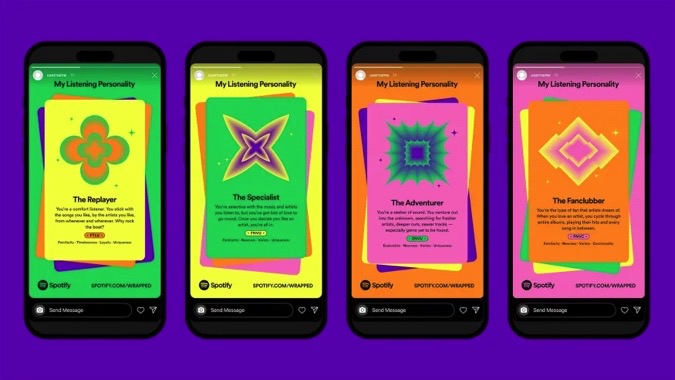 It’s December, so all your streaming services are very eager to tell you which artists, songs and albums you listened to most in 2022, (it’s probably Beyoncé.) While Apple and YouTube Music already rolled out their annual nostalgia wrap-ups, Spotify's 2022 installment of Wrapped debuts today. The company likes to put a new spin on its personalized top lists each year, and this one is no different. A new feature called Your Listening Personality offers some insight into what the music you stream says about your taste. Spotify’s invented 16 listening personality types, including The Replayer, The Specialist, The Adventurer and The Fanclubber. Why yes, we are all insufferable. 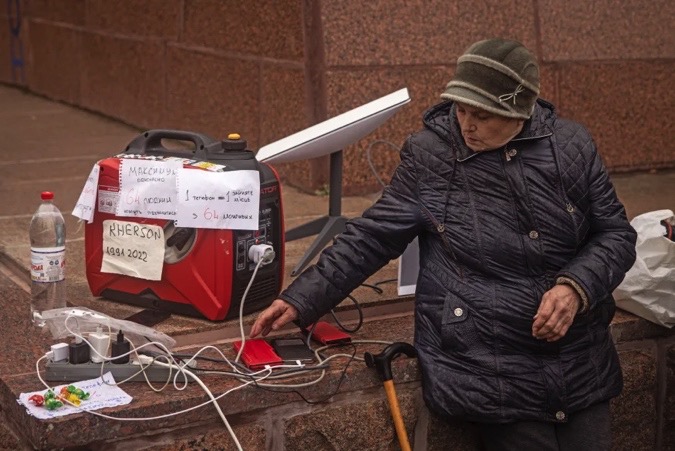 The price of a Starlink satellite terminal has almost doubled in Ukraine, jumping from the equivalent of $385 to about $700, according to The Financial Times. The monthly rate isn't as expensive as it once was (as high as $100), but it's crept up from $60 to $75. It's not known if prices have also jumped for the Ukrainian government, which gets Starlink from a variety of sources that include SpaceX itself, foreign governments and even crowdsourcing. Ukraine's cellular networks are apparently buckling under the strain of Russian attacks on the country's electrical grid. In some cases, Starlink is the only way for locals to reach the internet.

Samsung may debut its Galaxy S23 flagship phone in early February Its Unpacked event is expected to take place in San Francisco.

Samsung will unveil its Galaxy S23 devices in the US in the first week of February 2023, according to news outlet Korea JoongAng Daily, which cites an anonymous company executive. And we’ve heard other corroborating reports. While Samsung has yet to formally announce an Unpacked event for the Galaxy S23, the timeline reported by the publications is consistent with the previous flagships' launch dates. Samsung revealed its Galaxy S22 phones on February 9th earlier this year.

What can you expect? Maybe the next Galaxy S series ditches Samsung’s in-house Exynos chips and goes all in on Qualcomm's Snapdragon chips. Some unofficial renders also suggest Samsung may get rid of the camera bump.

Kristi Noem, the governor of South Dakota, has signed an executive order prohibiting government employees, agencies and contractors from downloading and using TikTok on state-owned devices. In her office's announcement, Noem said she issued the order due to growing security concerns the Chinese Communist Party (CCP) has been using the social media app to gather information from American users and leveraging it to manipulate them. The order also prohibits government personnel from visiting the TikTok website on browsers.

US officials have long been raising security concerns about TikTok, which is owned by the Chinese company ByteDance. In 2020, then-President Trump attempted to block TikTok and WeChat in the US – which didn't quite go anywhere.