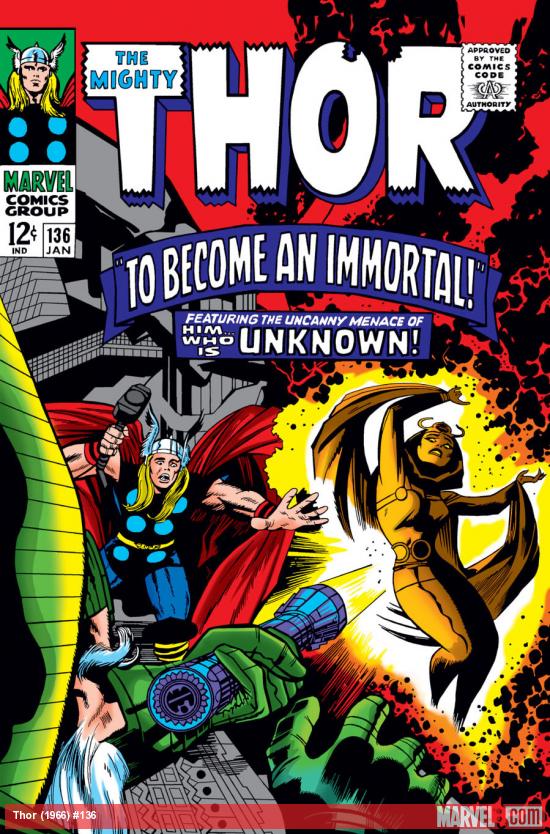 Thor kicks off the new year in high gear, with four issues that kick ass. 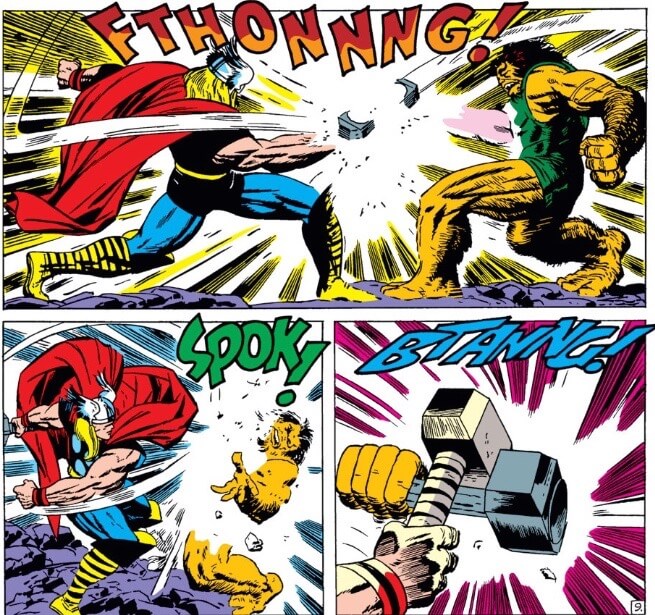 And some great sound effects! 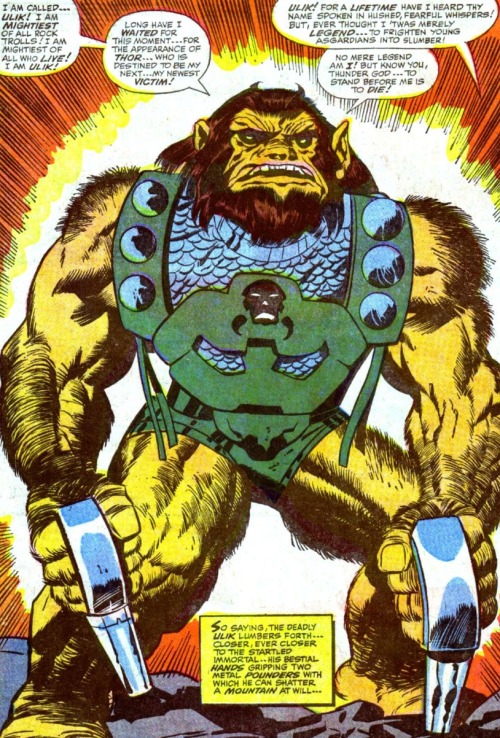 It starts with a fight against Ulik, when Thor brings Jane to Asgard. After the battle, Thor seeks Odin’s approval of Jane. He gets it at first. 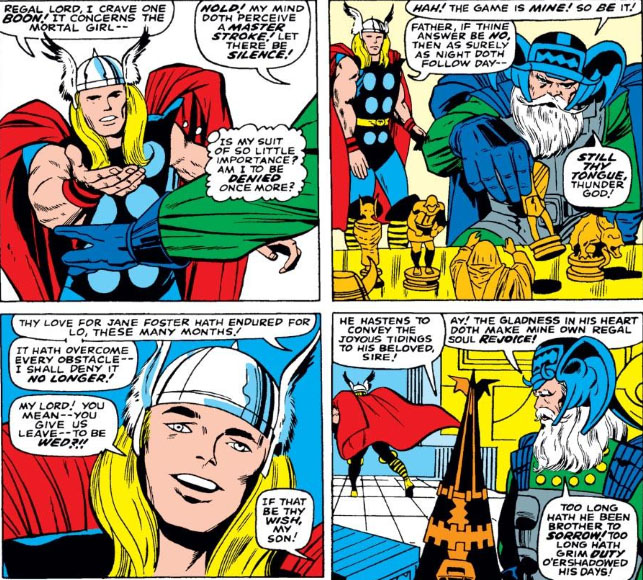 But then, instead of accepting his son and the mortal bride-to-be, Odin convinces Thor to try to make Jane a Goddess, but she fails the tests presented to her by Odin.

The villain the two of them fight is referred to on the cover as “Unknown.” Later, he will be called “Lurking Unknown.” He has a fear power. 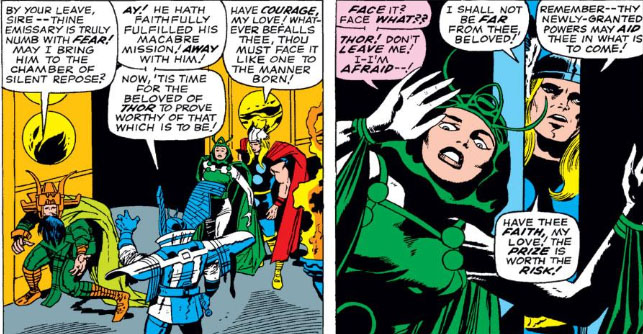 Sif can’t handle the fight against the Unknown, and Thor has to rescue her.

He then memory-wipes her and returns her to Earth, where she meets a handsome new doctor and is immediately smitten. 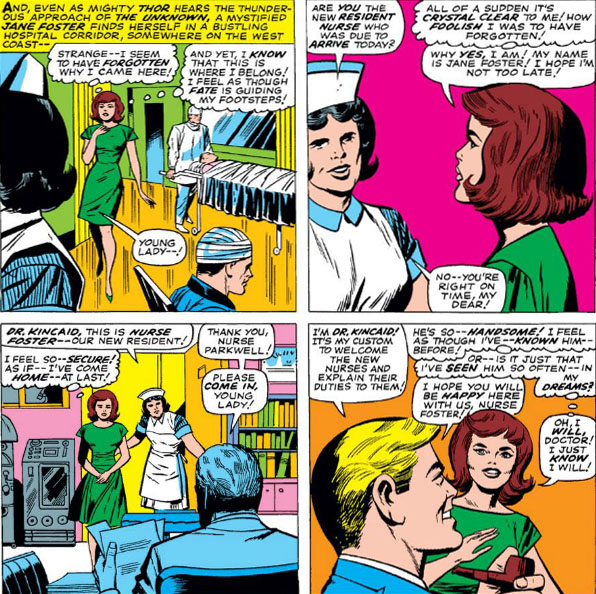 All this after Thor just got Odin to accept that Thor could marry a mortal.

Thor, naturally, gets pissed.  But not that pissed.  Because along comes Sif. 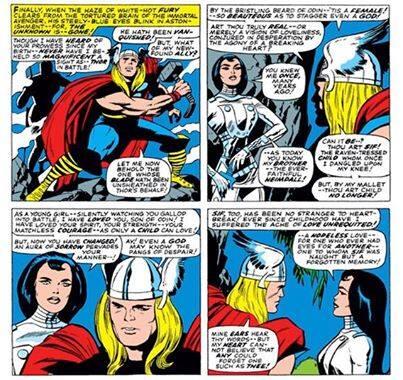 In her first appearance, Sif takes Thor’s breath away, and the two of them go hunting for trolls and fighting for Asgard together.

You can say it’s a cop-out to erase years of storytelling with a memory wipe and a new chick for Thor, but it also kind of makes sense.  These are immortal Gods, who rarely show respect for each other—let alone anyone else—and this kind of resolution appeals to their narcissism.