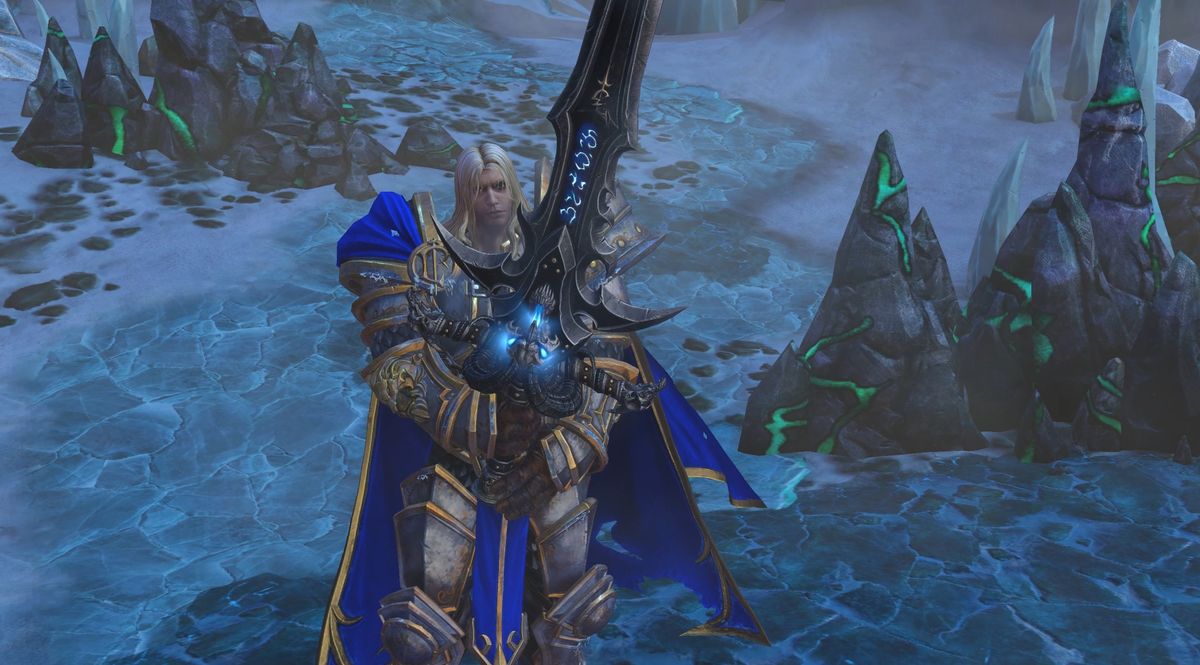 Remember when Warcraft 3: Reforged was first announced at BlizzCon 2018? The cutscenes were looking good, and the promise of "Remastered maps and campaigns" sounded like what people wanted. When the remade RTS was released, however, the changes weren't nearly as dramatic as players were hoping for. The cutscenes lacked the cinematic flair of the trailer, and the map changes were pretty light-touch stuff.

As Fraser Brown said in his review, "Veteran players will notice some tweaks, like camps, mines and other things being moved around, but meaningful changes are few and far between. Aesthetically, though, they are pretty unappealing. Despite the higher quality textures, it feels like playing WoW Classic with modern character models. The juxtaposition just makes the maps look more dated."

One modder has decided to follow through and do what Blizzard didn't. Luca Pasqualini, AKA InsaneMonster, has spent the last couple of years working on Warcraft 3: Re-Reforged, a series of custom campaigns that remaster the cinematics to match the style of that BlizzCon trailer, reimagine maps, add lore and secrets, rebalance difficulty levels, and create playable interludes with "a more RPG style camera and mechanics."

Pasqualini explained his decision to embark on this massive project, writing, "I was hyped beyond any imagination for Warcraft 3: Reforged, and while the disappointment was there, I saw great potential in the art assets and in the few but key changes Blizzard made to the engine. Mostly for fun, I tried re-reforging the first map of the prologue with better cinematics and now... well, now here we are. I guess it's already been a long journey, and I am really excited of what's still ahead!"

The second act of the Re-Reforged version of the Scourge of Lordaeron campaign was released this month, meaning you can now play the prologue campaign, Exodus of the Horde, as well as the entire human campaign in modded form. That leaves only the undead, orc, and night elf campaigns to go. Oh, and The Frozen Throne as well, I guess? Sounds like he'll be busy for a while longer yet.

You can download both the custom campaigns currently available in Re-Reforged form from the Warcraft 3 community site Hive Workshop: Exodus of the Horde and The Scourge of Lordaeron.