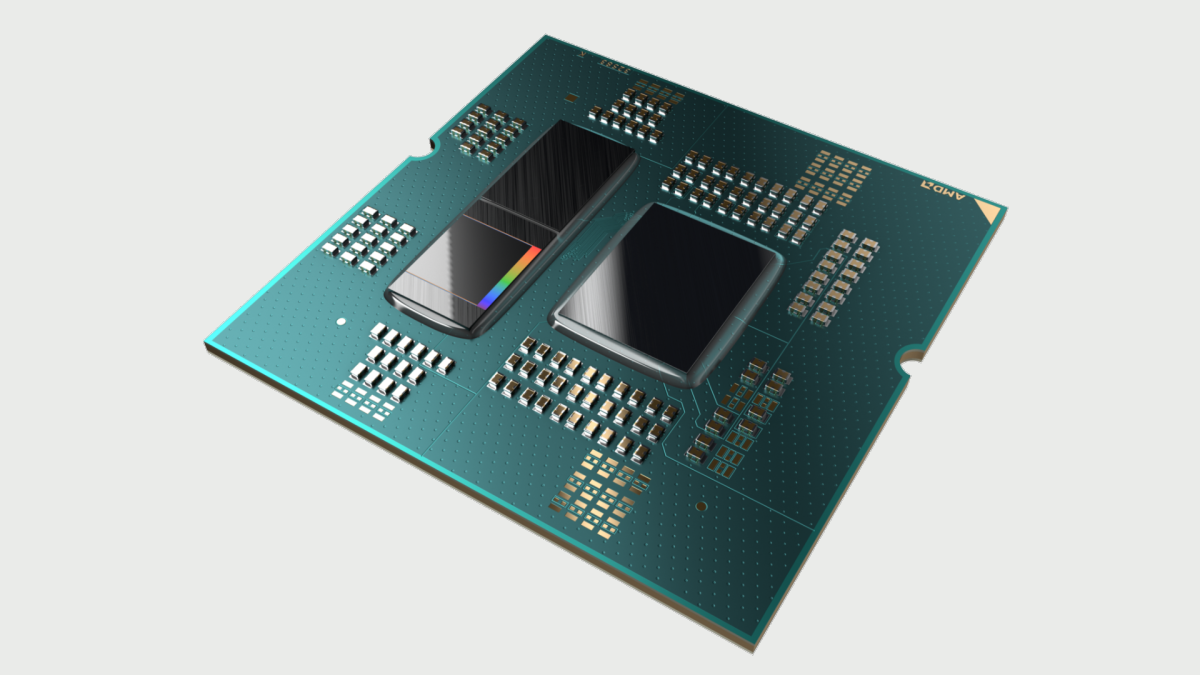 AMD has wheeled out its latest gaming CPUs at CES in Las Vegas and they're both better and worse than we'd hoped for. The big news is that AMD has applied its 3D V-Cache tech to the Ryzen 7000 series. And this time it's not just one chip, but a trio of CPUs.

Last time around it was the sole Ryzen 7 5800X3D that got the game-accelerating 3D V-Cache treatment. For Ryzen 7000, there are three CPUs, extending all the way to 16 cores.

Just as a quick reminder, the whole 3D V-Cache thing is about using 3D packaging to stack extra memory on top of CPUs. Games in particular benefit from additional cache memory, reducing traffic over the CPU's memory bus and boosting frame rates.

Anyway, for the new 3D V-Cache versions of the latest Ryzen 7000 series CPUs, the fun kicks off with the Ryzen 7 7800X3D. It's a direct replacement for the Ryzen 7 5800X3D and the chip many thought would be the sole V-Cache offering from the Ryzen 7000 series. It retains eight CPU cores, though obviously based on Zen 4 rather than Zen 3 technology, and packs 104MB of overall L2 and L3 cache. 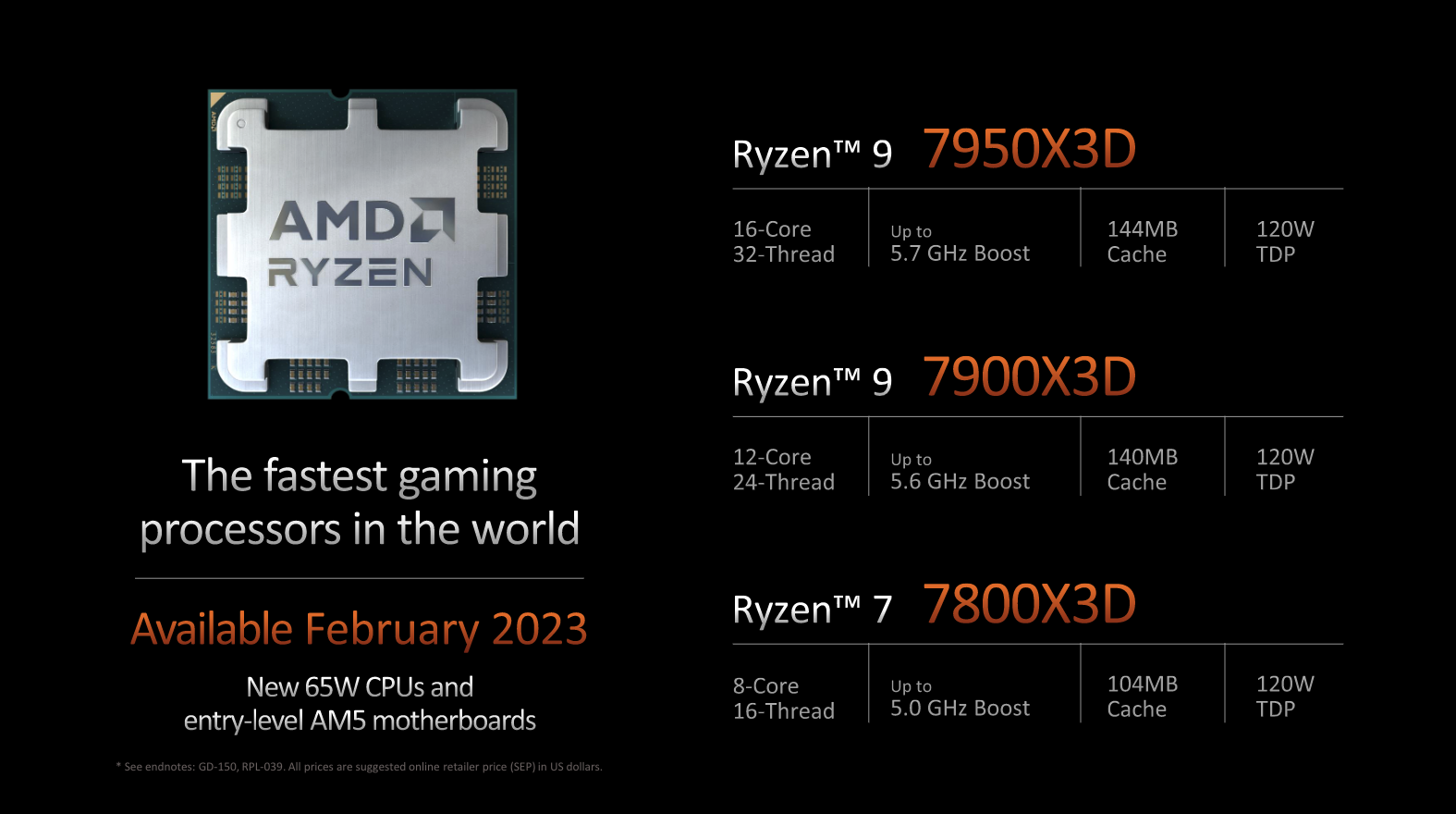 Thing is, those chips are clocked respectively at 5.6GHz and 5.7GHz. AMD reckons the 7950X3D is nine to 24% faster in games than Intel's current top CPU, the Core i9-13900K. All of which means that AMD is now pitching a 16-core CPU as its top gaming chip, which doesn't make a huge amount of sense.

Very few games scale beyond eight cores. The eight-core 7800X3D would be plenty. Except AMD has capped the clock speed on that chip at 5GHz, substantially lower than the 12 and 16-core variants. 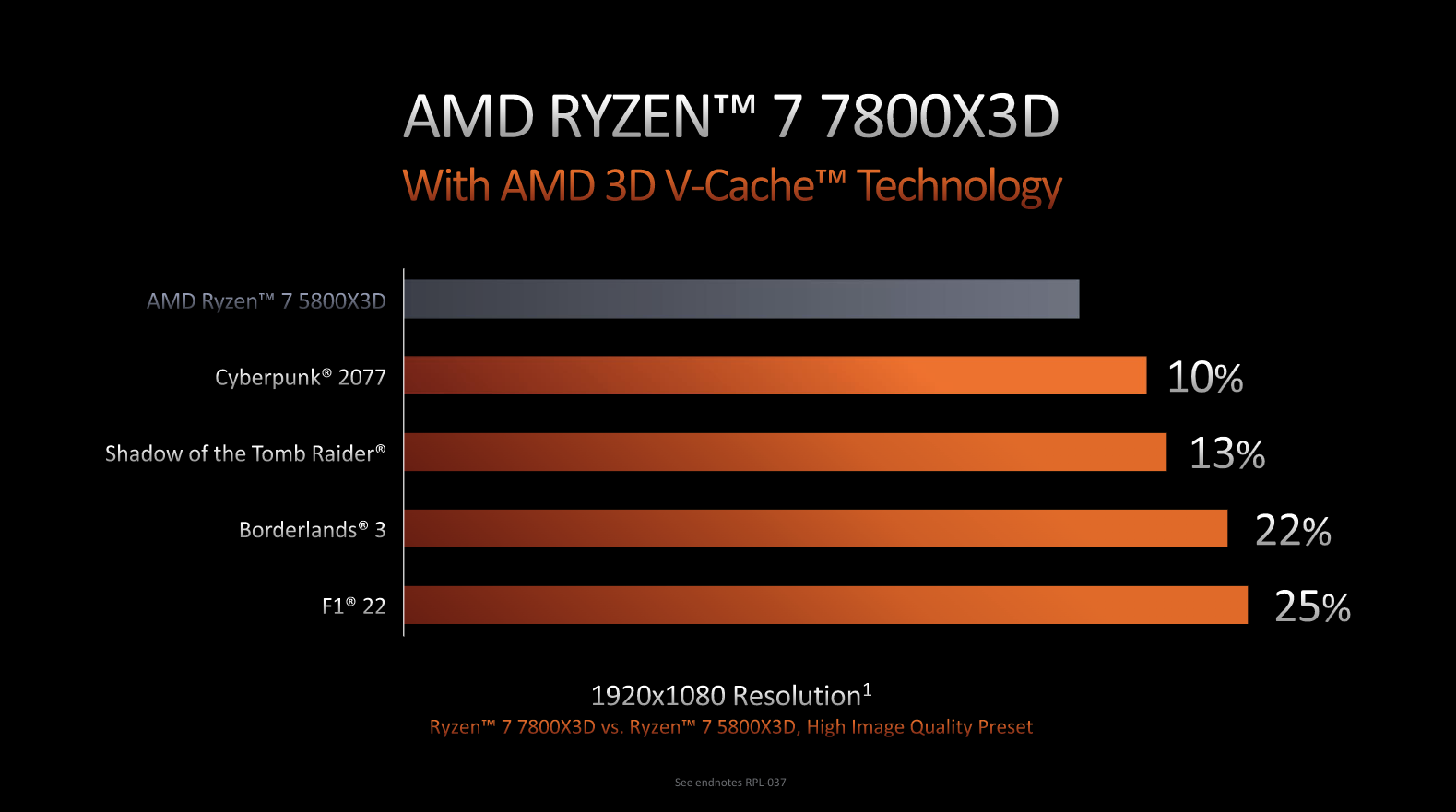 It's a different strategy from the Ryzen 5000 series where AMD released a single eight-core V-Cache model which stood alone as the clear gaming choice, leaving 12 and 16-cores as tools for broader computing and content creation.

This time around, you'll need to cough up for lots of extra cores that give little benefit for gaming to access a V-Cache chip with the highest clock speeds that do matter for gaming. That is more than a little annoying. 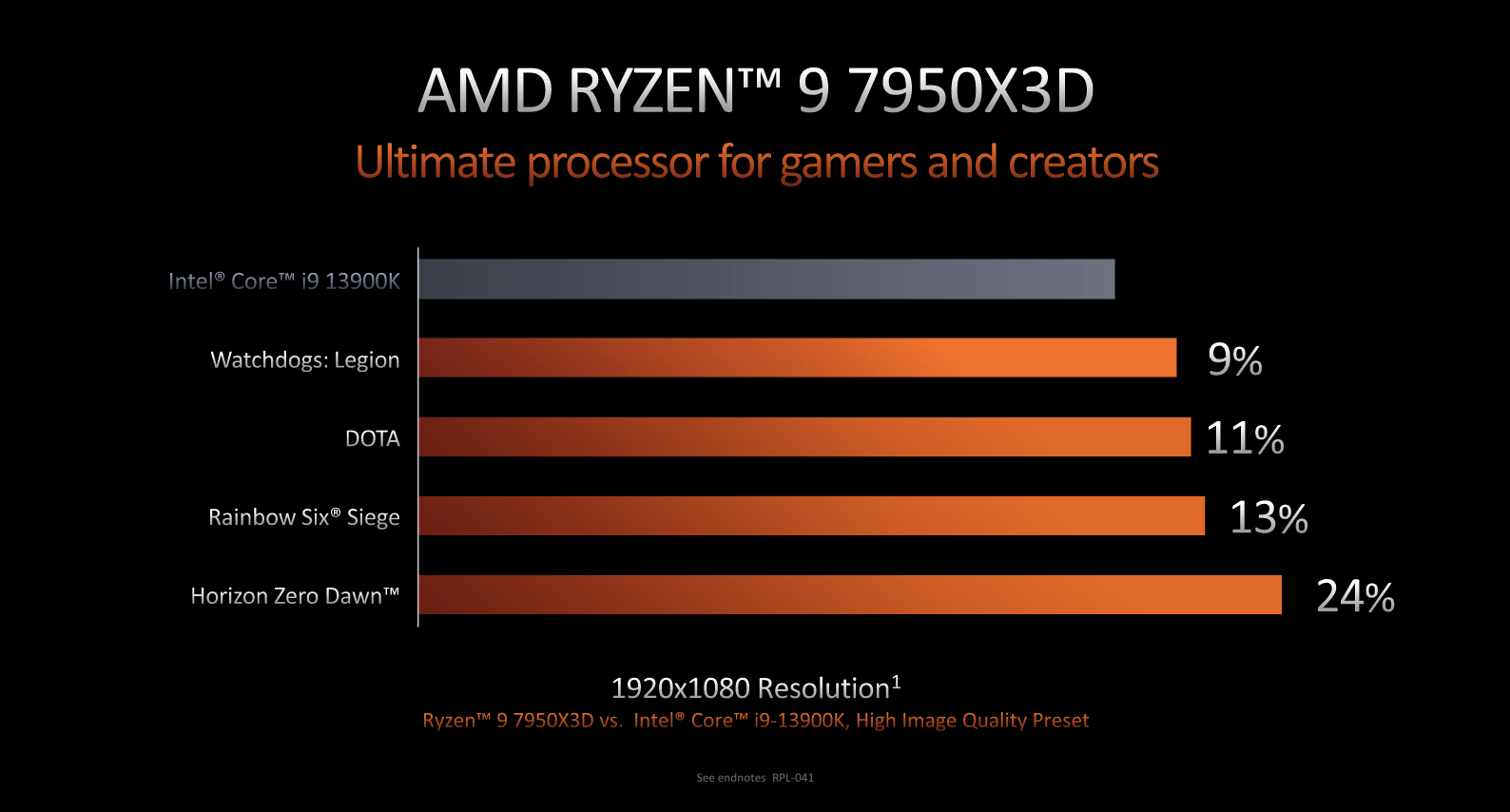 That's especially true given the overclocking limitations with 3D V-Cache chips. Last time around with the 5800X3D, AMD didn't allow overclocking at all. For the new 7000 series V-Cache chips, that's been loosened a little. But only a little.

The new chips support both AMD's auto-overclocking Precision Boost Overdrive feature and use of the Curve Optimizer. However, manual frequency overclocking is still not on the menu, so you won't be able to buy a 5GHz 7800X3D and simply clock it up to the levels of the 12 and 16-core models. Disappointing.

For now, we don't have pricing and on-sale dates for these new chips. But watch this space for updates.