Point-and-click adventure games are an endangered species in today’s day and age, but every now and again, we do still get the odd little game that grabs attention for some reason or the other. Elf Games and Luna2 Studio’s Children of Silentown may not quite belong in the upper echelon of that category, and it’s probably not going to be remembered as one of the greats, but there’s plenty to like here nonetheless, and plenty that sets it apart.

Children of Silentown is set in a small, quaint village – a handful of rooftops, as the game describes it – out in the middle of nowhere, completely isolated and surrounded by a dense forest. That forest also poses the biggest threat to the village and its denizens. Said to be filled with vicious beasts whose howls and roars can be heard when dusk falls, the residents never venture into it, preferring to stay within the borders of their small village. For their own survival and to ensure that they don’t fall prey to the monsters, they’ve also established a couple of rules that are enforced with great strictness – don’t make too much noise, and don’t be outside when it’s dark. Break those rules, and you’re guaranteed to be snatched away and taken deep into the woods, never to return.

"Children of Silentown is probably not going to be remembered as one of the greats, but there’s plenty to like here nonetheless."

You play as Lucy, a young girl with an affinity for music and singing, who – along with the other children in the village – is trying to life the normal life of youth – or as normal as it can be, in a place like this. Early on in the story, the dangers of the forest and its chilling inhabitants begin posing a much more direct threat to the village, and after a couple of disappearances, Lucy takes it upon herself to investigate the mysteries of the monsters, and why the adults of the village are so insistent on keeping those secrets so closely guarded. Is it just for the protection of the children, or might there be something more sinister going on?

It’s a solid premise, if an unspectacular one. Children of Silentown’s story isn’t the most gripping or breathtaking, but it does an admirable job of keeping you engaged and genuinely invested. The story peels back the layers of its mystery bit by bit, and I was constantly curious to keep pushing forward to make the picture clearer and clearer. It also helps that the game has quite a charming cast of characters. I’d be lying if I said any individual personality left a lasting impression, but each character in the game feels unique and well-developed. The more familiar you grow with these people and the village you live in, the more the story pulls you in.

Something else that contributes to the game’s unique vibe is the hand-drawn art style, which combines charming and childlike elements with imagery that can be genuinely chilling to varying degrees, whether that’s the hollow eyes of every character in the game, the murky and ill-defined quality of distant figures and shadows, or more. The end result is something that feels very unique, giving the game a distinct look. 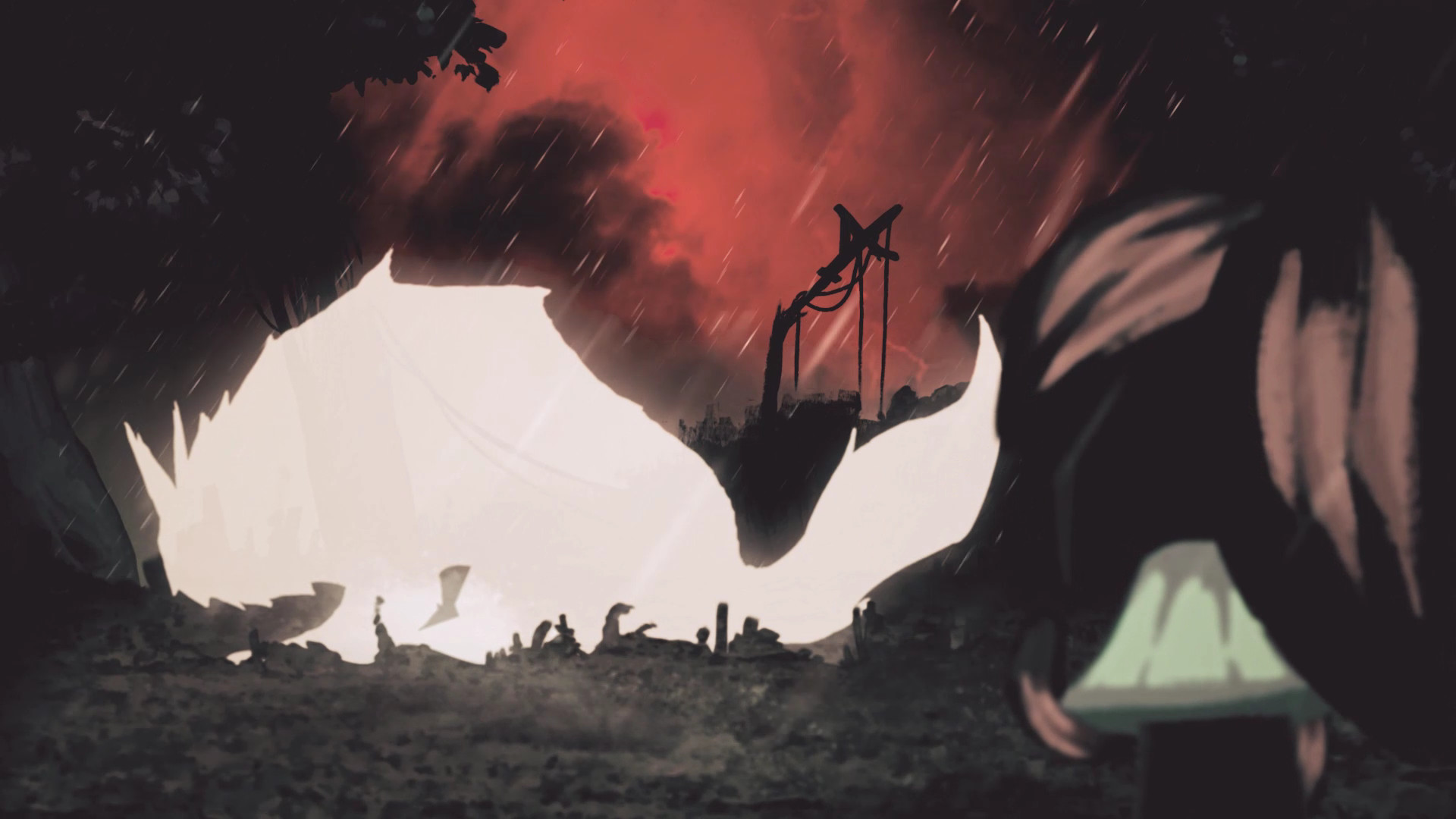 "Children of Silentown’s story isn’t the most gripping or breathtaking, but it does an admirable job of keeping you engaged and genuinely invested."

On the gameplay front, Children of Silentown is pretty simplistic, as you’d expect from most point-and-click adventure titles. The core loop revolves around exploring environments, examining objects, talking to people, and solving puzzles. Where exploration is concerned, the game leaves a little something to be desired – roughly the first half is set entirely within the village, which is basically just a collection of about half a dozen screens that you’ll be bouncing between time and again for that duration. That, as you might imagine, can get a little repetitive – though the game does take you to new locations in its latter hours, to its credit.

Interacting with NPCs always remains interesting, at least, even if it also always remains quite straightforward. Conversations don’t get quite as complex or present you with as many options as you might see in something like, say, the Monkey Island games, but then again, Children of Silentown is clearly going for a much for simplistic vibe. For instance, figuring out how to progress forward in conversations with certain characters – usually by tracking down specific items and then bringing them to them – always remains interesting in a a very elementary way.

The bulk of the game’s puzzles, meanwhile, are presented within the context of Lucy’s singing. By exploration environments, in addition to the stickers that serve as the game’s collectibles, Lucy can also find different musical notes to compose songs. There are a handful of songs to unlock, each comprised of three notes, and each goes hand-in-hand with a unique puzzle. One song, for instance, lets you peer into people’s thoughts and memories, though often, their thoughts will be torn due to an old trauma, with you being tasked with literally stitching them together – which, in turn, unlocks new dialogue. Another song lets you interact with specific objects and view memories associated with them, though to do that, you have to solve a puzzle designed around pathways, turning tiles, and cogs. 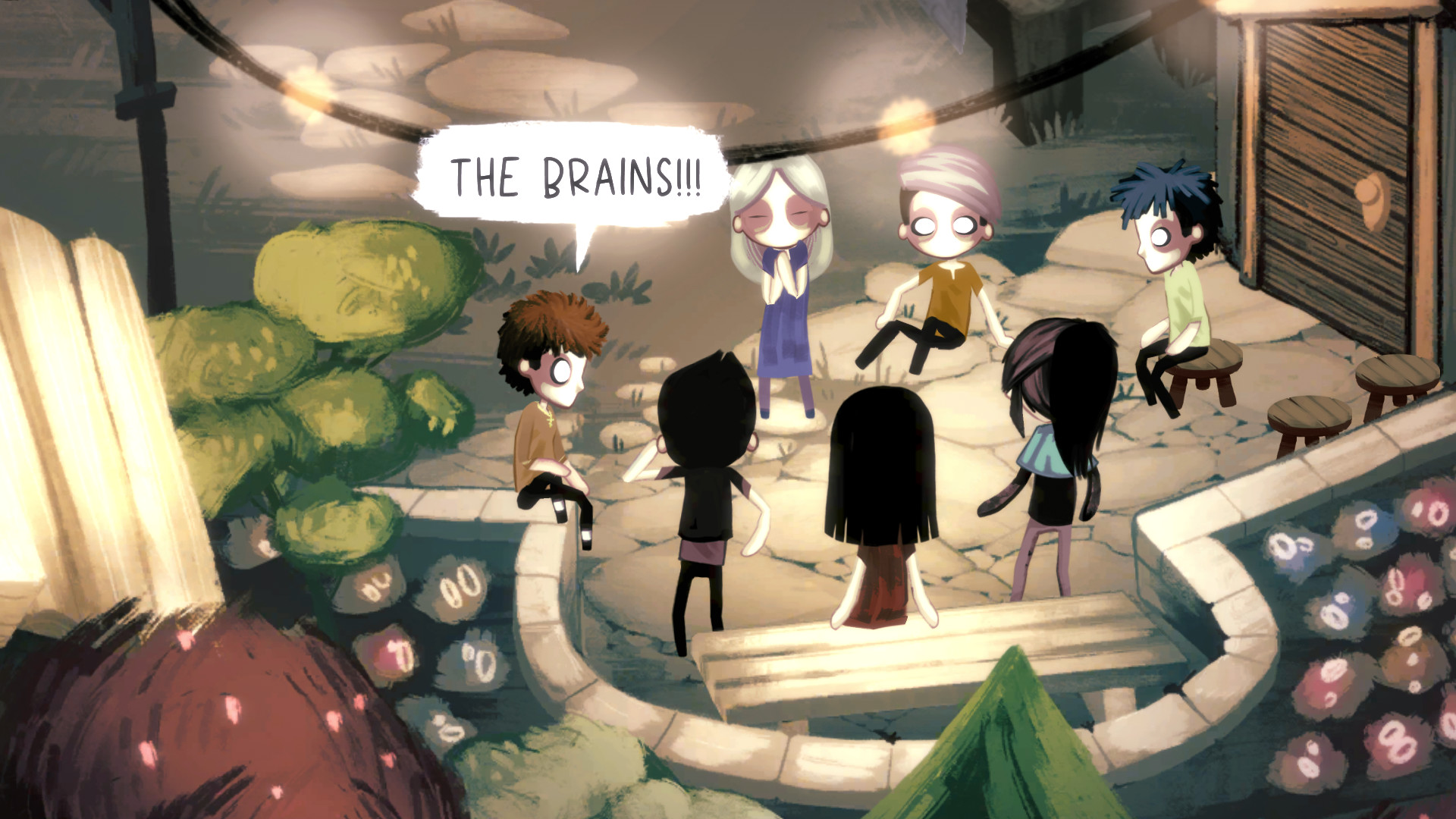 "Ultimately, even at their most complex, the puzzles remain quite simple, though more importantly, they’re also pretty enjoyable more often than not."

There’s a decent variety of puzzles with all songs taken together, especially since each puzzle type grows progressively more elaborate. Ultimately, even at their most complex, they do remain quite simple, though more importantly, they’re also pretty enjoyable more often than not. Personally, I’d say the cog puzzles are serve as the exception, primarily because of their unnecessarily confusing and obtuse mechanics, and I never really enjoyed these any time they showed up. It doesn’t help that the game doesn’t have a hint system either, which, for a point-and-click adventure game releasing in 2023, seems like a bizarre omission.

When all is said and done, Children of Silentown isn’t going to blow you away by any means, but I’d still say it’s worth your time. I’ve used the words “simplistic” and “straightforward” a few times in this review, and though those characteristics do mean that the gameplay experience here isn’t quite as engrossing as this genre has been known to be capable of over the years, Children of Silentown also uses that simplistic nature to deliver an experience that’s consistently focused and fun. In the end, enjoyable puzzles, charming characters, excellent art design, and an intriguing story come together in this game to make for a solid package.