Is it real? Is it not? I don’t know man! I lean towards no. But it sure is interesting.

This is one of those situations where I would not give this too much credit quite yet.

I was hesitant to even bring it up until further information makes itself available. But I also didn’t want to keep the news from you guys.

This could indeed be a future design coming from GoRetroid. And I guess it is exciting to imagine the possibilities.

However, with GoRetroid’s recent debacle with the Retroid Pocket 3 and 3+, I would show a little caution with anything GoRetroid.

Plus this is just an image found on Chinese social media.

This is not the first clamshell handheld console we have seen.

We saw clamshell concepts in the AYANeo Flip that may still be coming, and in the release of the Powkiddy X18S.

I’m not too convinced that this is what we need in the scene. Let’s break down why.

They said ‘Look at the Nintendo DS. That’s the best selling handheld game console of all time. Maybe there’s a market for a modern version of that? Maybe that’s the next big thing?’

When I see new clamshell concepts, I just see a lot of wasted space.

I understand that console makers are always going to be experimenting to find what could be next and what could make them their next paycheck.

I just don’t see this particular path in handhelds working out.

And until further notice, we don’t really know if this is even a real GoRetroid concept. 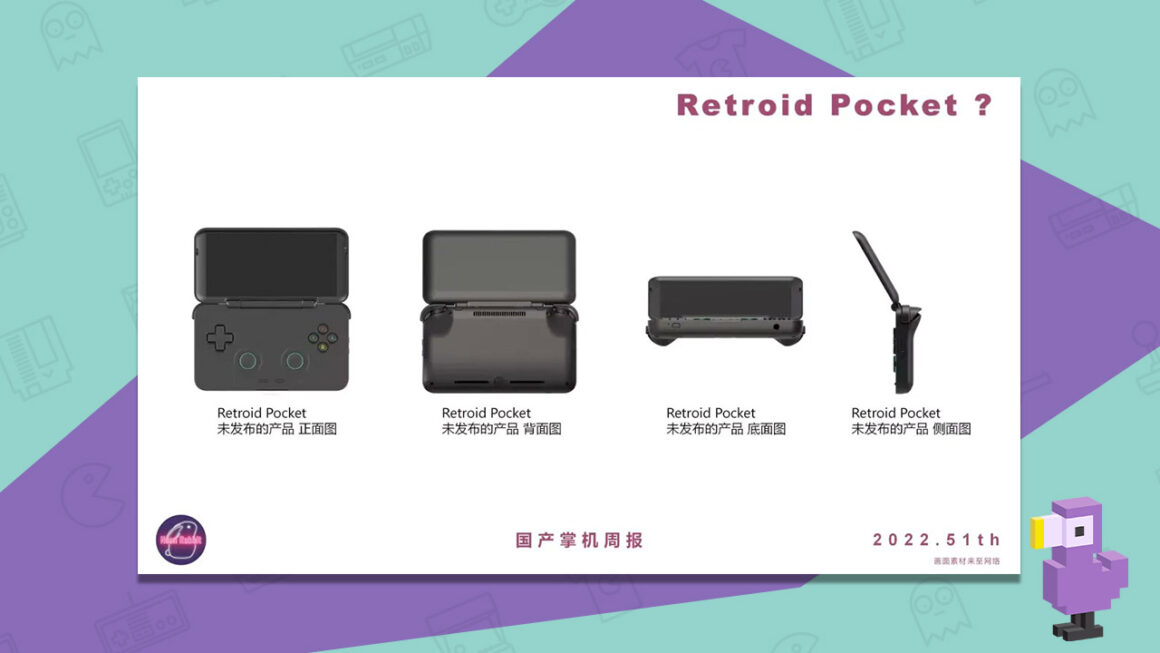 My gut tells me no.

I don’t see much similarity to the Retroid design aesthetic. Not on the front at least. The back is a maybe.

I just don’t like anything about the leaked image.

This image in particular has me thinking a lot about the leak culture in the handheld gaming community.

I’m curious how these sort of things get leaked, who is leaking them, how do they get access?

And I’d like for these leakers to get my email address and start sending me stuff directly.

If It Is A Real GoRetroid Clamshell

This new concept leak is so fresh, there’s really not much to be made of it.

If it’s a real concept image from GoRetroid, then their next console could be a clamshell that likely has an internal configuration identical to the Retroid Pocket 3+.

They clearly had some stock to push at the end of the year. And maybe they are not through with that setup.

2023 should be an exciting year for handheld gaming consoles.

But I think major changes and upgrades that push the scene forward are likely still a few months away.

And due to GoRetroid’s recent moves, I would not expect to see them at the forefront of change.

Nobody loved GoRetroid more than RetroDodo, but now everybody is on guard with them. As they should be.

I will try to give them a fair shot with the next official release, but dang… you better get it right GoRetroid.