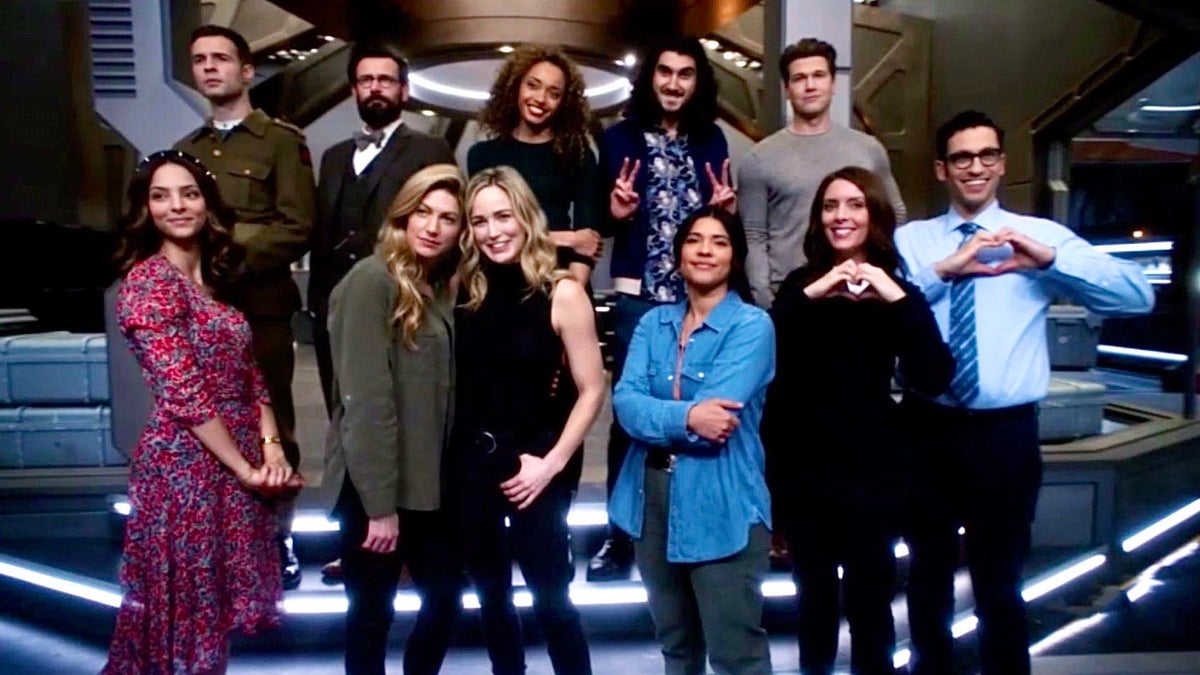 The social media campaign to save DC's Legends of Tomorrow has been going strong since the series ended last year, and now streamer Pluto TV finds itself the target of a renewed push to bring the crew of the Waverider back from their cliffhanger ending. Fans have redirected their energy in recent months from lobbying The CW, to reaching out to streamers who might be interested in bringing a cult show back to life. One of those streaming services, Pluto TV, has publicly responded to the inquiries, saying that they "love" the series, and that the feedback from fans will be shared with the appropriate people within their organization.

This could be a real promise, or a formality, but the timing is likely to draw a lot of attention to Pluto TV. The comment comes just as a #SaveLegendsOfTomorrow campaign online is readying the latest round of billboards to run in New York's Times Square and around the world.

Thanks for reaching out with your suggestion. We love DC's Legends of Tomorrow too! Our viewers are important to us, and we care about what you have to say. Rest assured that your comments have been forwarded to the appropriate team.

This is not the first time a "big name" has spoken out on the Legends of Tomorrow fans' efforts. Shortly after taking over as co-CEO of the newly-formed DC Studios, Guardians of the Galaxy director James Gunn had this to say:

"Opened up Twitter at the end of a long, creative weekend to see the many tweets to #SaveLegendsofTomorrow & #ReleaseTheAyerCut & fan support for other DC projects over the years. The majority of these requests were enthusiastic & respectful," Gunn wrote. "As the new (& first ever) CEOs of DC Studios, Peter & I think it's important we acknowledge you, the fans, & let you know we hear your different desires for the pathways forward for DC. Although our ability to interact on Twitter has been lessened due to the workload of our new positions, we are listening & open to everything as we embark on this journey, & will continue to do so for the next few years. But all our initial focus is on the story going forward, hammering out the new DCU, & telling the Biggest Story Ever Told across multiple films, television shows, & animated projects. We invite all of the DC fandoms from across the multiverse - and everyone else as well - into this new universe. We can't wait to reveal more."

Legends of Tomorrow launched as a vehicle for supporting characters from Arrow and The Flash whose stories had wrapped up on those shows, but who had become fan favorites. Brought together by Time Master Rip Hunter, the team navigated a timeship through the history of the DC Universe, fixing anacronisms and anomalies in the timestream. Over the years, the show got progressively more strange and wild, with its characters and stories diverging wildly from the comic book source material...and both critics and audiences rewarded the new-look Legends with a lot more love than its first two seasons had managed to get.

In its later seasons, Legends was praised for creative storytelling, its ability to constantly reinvent itself, and a commitment to diverse representation that has rarely been equaled in superhero media. Its cancellation came as part of a broader move by The CW's new ownership at Nexstar to cut down on expensive original programming in order to reduce the network's debt.