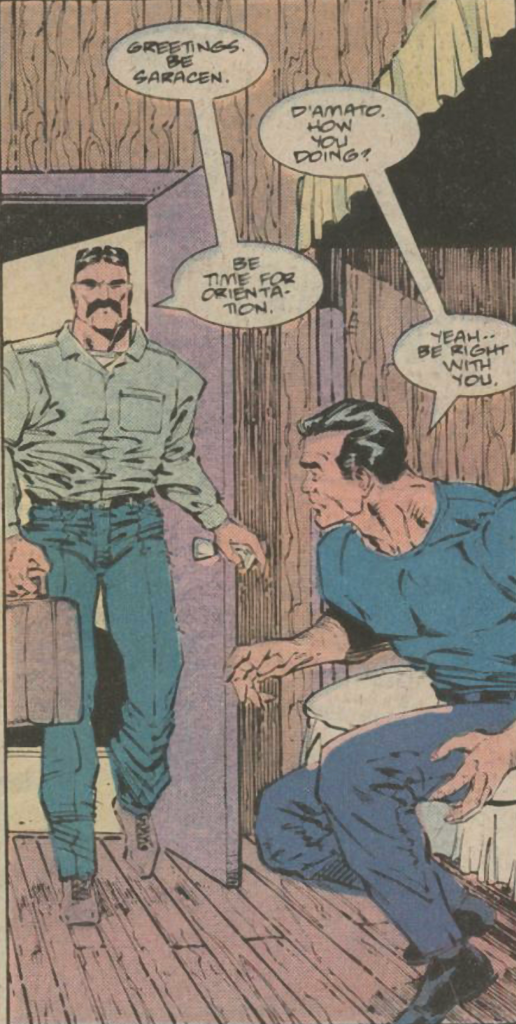 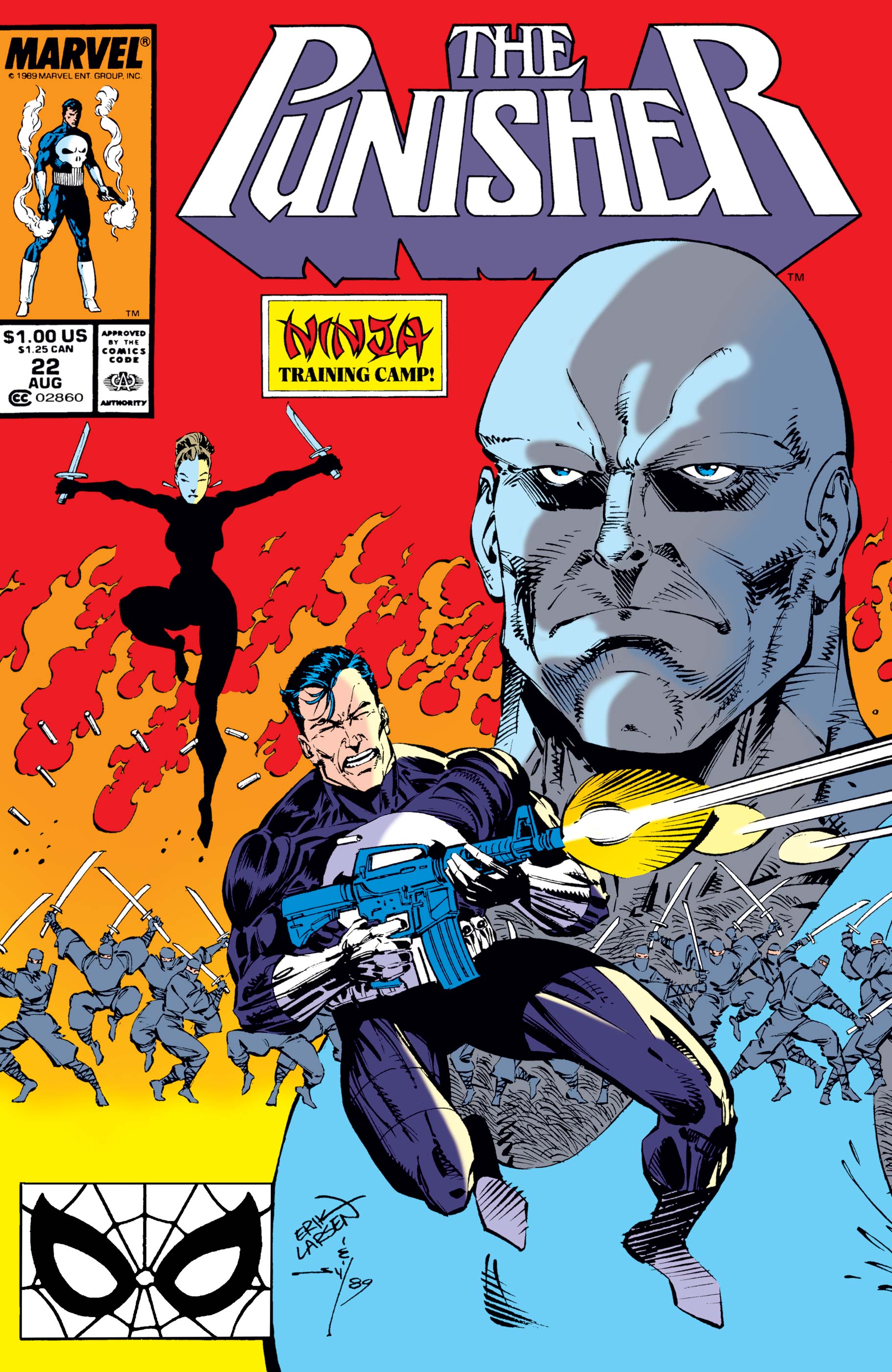 Some mercenaries set up what’s basically a “band camp” for ninjas, allowing rich people to come learn the art of ninja-ing but then, when they’re there, extorting them.

Punisher goes there undercover as “D’Amato” and spoils the party. He meets Saracen, who is there for revenge against the people who run the camp, and ultimately teams up with Punisher to explode the place. Saracen will return in a few future issues.

This woman is part of the ninja group–she’s not sneaking into Frank Castle’s bunk at night. 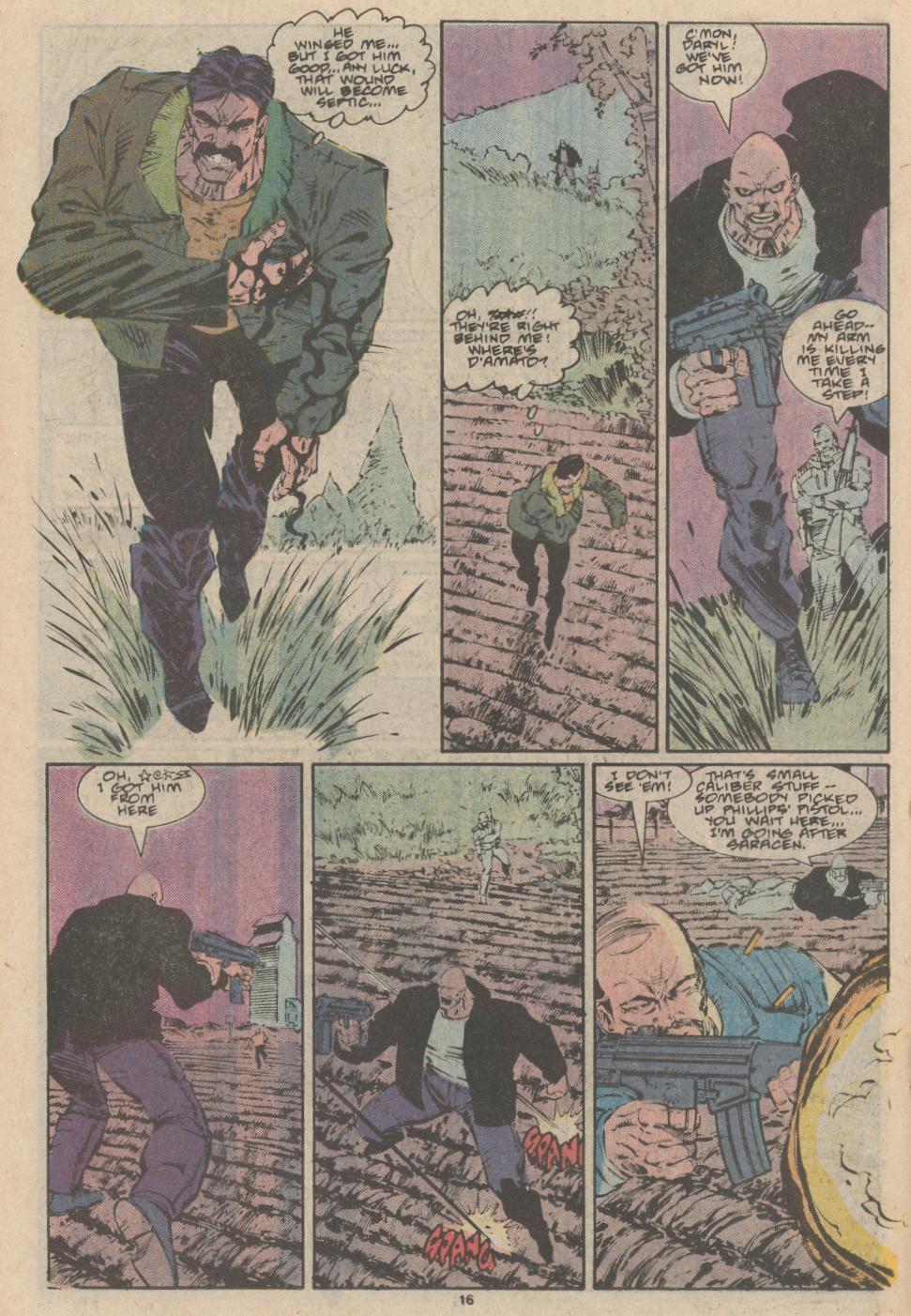 There are even ninja dogs. 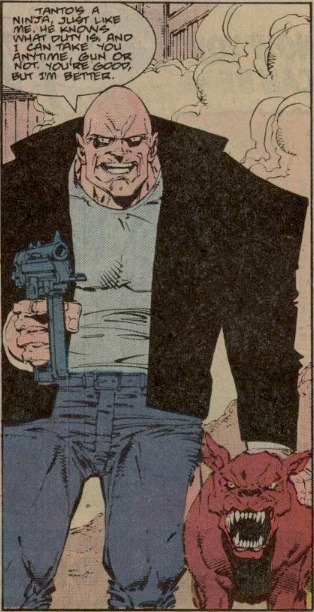 This is kind of a low-level threat for him, but at least he’s expanding to go after more white-collar(ish) crime.