This week for RETRO HOT PICKS, Scott Tipton and I are selecting comics that came out the week of Jan. 11, 1977.

(Keep in mind that comics came out on multiple days, so these are technically the comics that went on sale between Jan. 8 and Jan. 14.) 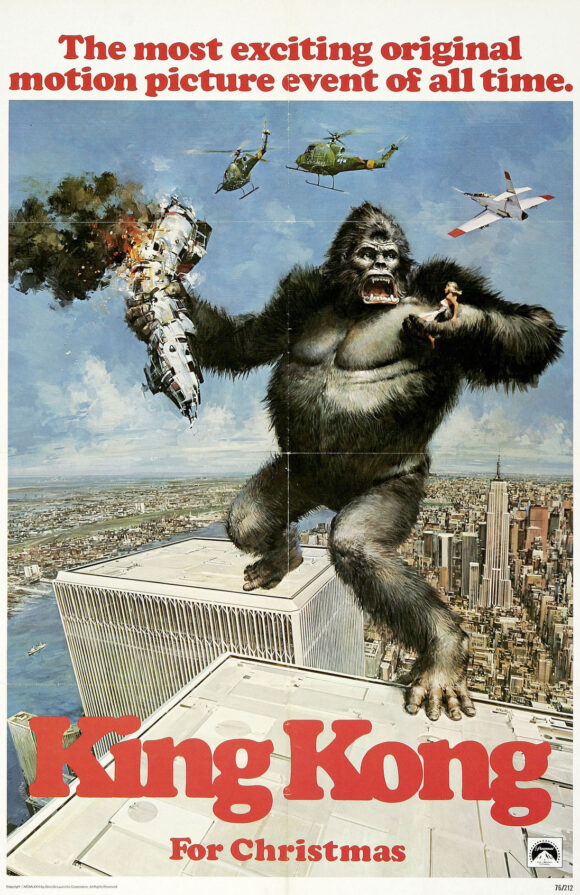 So, let’s set the scene: Gerald Ford gave his final State of the Union address this week, as President-elect Jimmy Carter prepared to be sworn in Jan. 20. King Kong, a flawed remake of the classic that I nevertheless fell in love with as a 9-year-old kid, conquered the box office. Did I ever tell you how I would take the clothes off my Mego Cornelius and use him as King Kong with my Matchbox City? True story!

Little Ladies of the Night, a TV network teen-prostitute flick very much of its time, not only led the Nielsens, it was one of the highest-rated TV movies of all time to that point. Later in the month, however, the powerhouse miniseries Roots would take America by storm. Leo Sayer’s infectious — and easily mimicked — You Make Me Feel Like Dancing was the best-selling single. The heavy action was on the Billboard albums chart, however, with a bevy of classics crowding the top-sellers, including the Eagles’ epochal Hotel California at No. 1, as well as Stevie Wonder’s magnum opus Songs in the Key of Life (No. 2), Wings Over America (No. 3), the ridiculously popular Boston debut album (No. 4) and Frampton Comes Alive (No. 7).

Batman #286, DC. When talking Joker stories in the ’70s, fans automatically cite the classic Batman #251, or The Laughing Fish in Detective Comics #475-476, or maybe Batman #321 or Batman #260, all of which frequently end up in Best Of anthologies. Great stories, to be sure, but I’ve always been partial to this issue too, with it’s fab Jim Aparo cover. And here’s the thing: In those days, a Joker story was a special occasion in and of itself. Yeah, there was that brief solo series he had but he wasn’t nearly as ubiquitous as he is now, sales being what they are. Yet from a strict storytelling standpoint, how can you miss someone if they won’t go away? 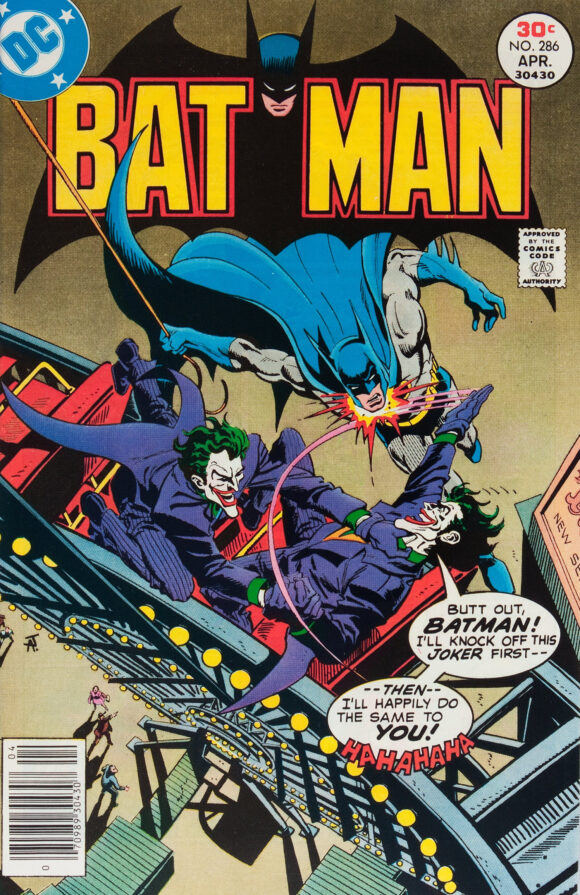 Teen Titans #47, DC. As much as I dug the Teen Titans’ “second series” when I was younger, I’m disappointed to report that the issues just don’t hold up all that well today. That said, if you’d like a nice little nostalgia trip, you could do worse. 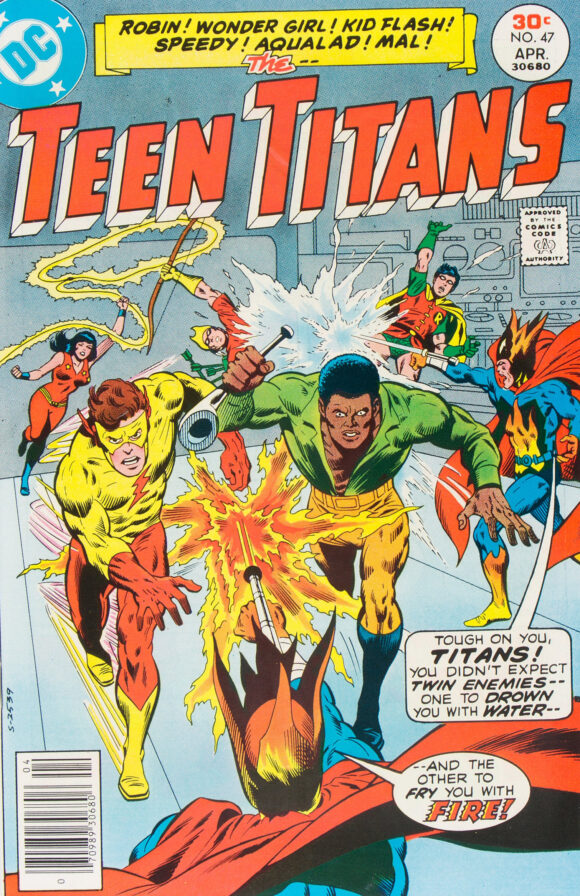 Master of Kung Fu #51, Marvel. The epilogue to one of the most popular Shang-Chi stories, by Doug Moench, Jim Craig and Pablo Marcos, with a dynamite Paul Gulacy cover. 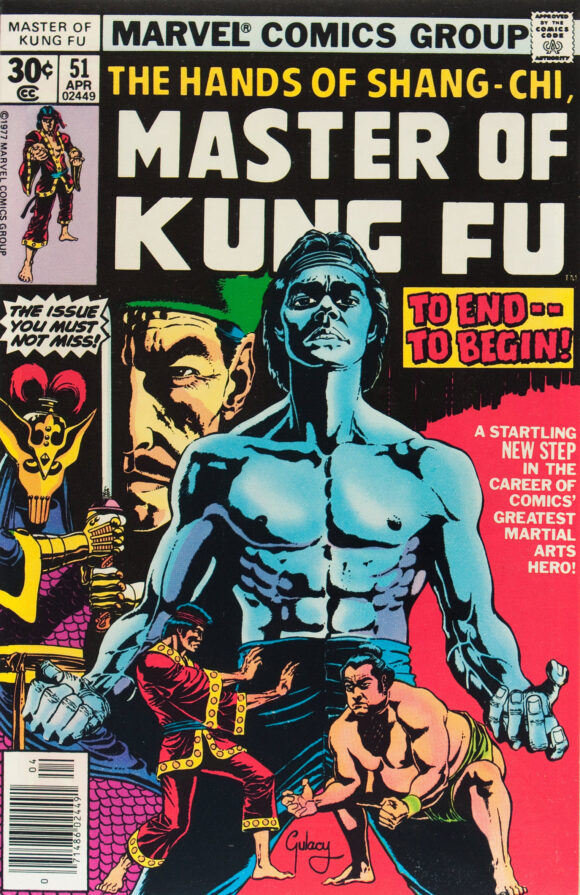 The Amazing Spider-Man #167, Marvel. It’s quite honestly intolerable that I have been buying action figures since I was a boy and still don’t have a figure of J. Jonah Jameson’s Spider-Slayer robot. 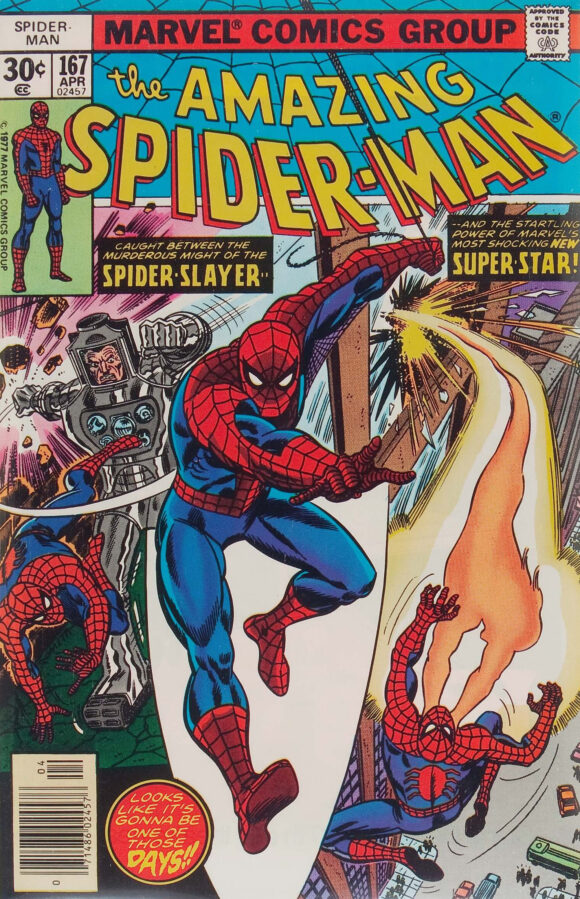 Superman #310. First appearance of a new Metallo (John Corben’s brother, Roger.) And look at that Garcia-Lopez cover. That’s one you could spot from across the street. 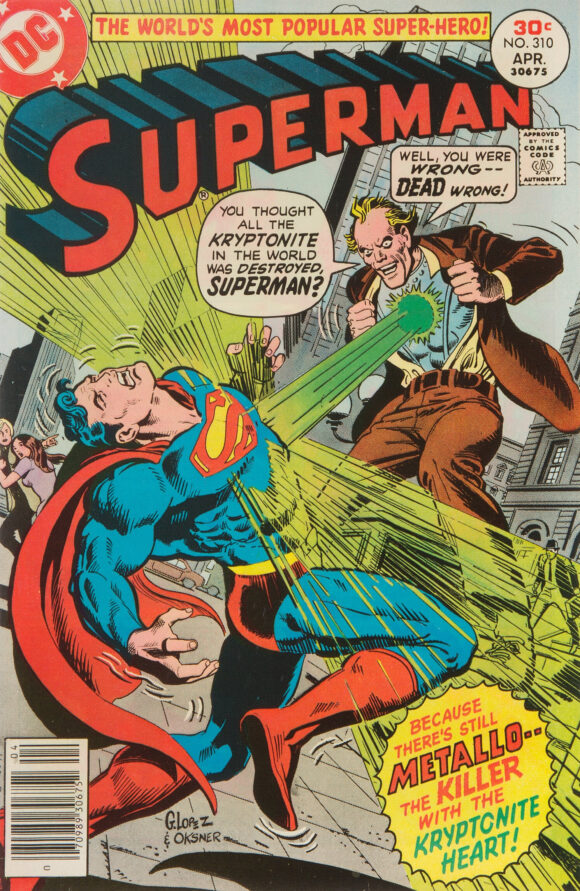 Captain America #208, Marvel. If memory serves, not only does Cap fight a tinpot dictator and a South American swamp monster in this issue, but he also encounters Hitler’s brain. This comic has everything. Thor #258, Marvel. An issue from my favorite Thor run, when the Thunder God was flying around outer space in an old Viking ship with the Recorder. (On a side note, I bought all four of these issues down at the local Rexall back in ’77. Somebody must have given me a dollar.)