Aka brought along three things with him on his journey: a letter from a faraway friend, a sword he swore would never cut limbs again, and a war-torn past. Aka, developed by Cosmo Gatto and published by NEOWIZ, is a life sim about a retired soldier whose next quest is to find inner peace. However, the path toward obtaining it can feel out of reach when you’re faced with your inner demons, adjusting to island life, and dealing with pestering bugs (and, no, not just the kind you’ll find in your garden).

After escaping the battlefield of “the great war” and arriving on Pine Island, Aka’s friend Thom’s only request is for him to take care of himself. He provides our anthropomorphic red panda friend with a cozy place to call home, seeds, a little garden knowledge for his noggin, and presents him with a small yet serene open world to explore.

As Aka begins a new chapter in his life, you, the player, take things into your own hands. The story is non-linear, so you are granted the freedom to play the game at your own pace and focus on any aspect of the game more than others: Garden to nourish the land and animals, tidy up the islands that are scattered with trash, and traps, or even challenge a few fluffy and furry NPCs to a game of cards, a marble maze, or show off your rhythmic skills with a cool koala on the beach before cloud watching, swimming with monkeys, or feeding baby dragons. 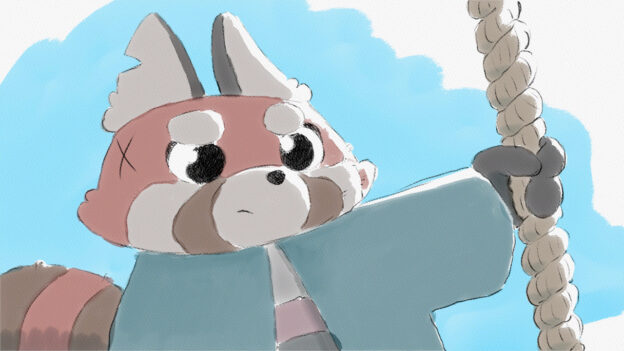 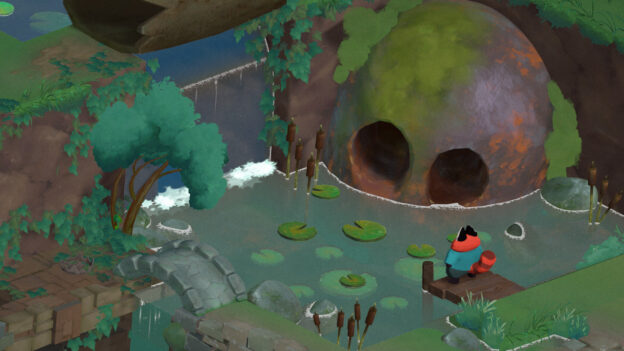 Aka’s farming system finds its inspiration from permaculture. Sustainable gardening is almost like an art form where the design and management of your garden correlate to the health of the crops you harvest. Planting onion seeds next to carrot seeds, for example, will cause it to ward off bugs from both plants. You will receive your first batch of seeds from the cabin beside your home (and maybe even snuck a few from your next-door neighbor). You will need to gather resources that you will find around the island for the blacksmith to craft together the tools you will need to tend to your garden. Unlike popular sims like Stardew Valley and Animal Crossing: New Horizons, grinding for materials and for the profits of harvested fruits and vegetables is not required! These tasks can still be more laborious than they have to be. Positioning yourself perfectly to till the soil, plant seeds, and harvest crops is a challenge in itself. The framerate can sometimes drop a bit when traversing the island.

Typical activities of life sim games aside, Aka shines brightest through the stories shared by the island’s residents, some of whom are ghosts burdened by their past and, just like Aka, need to confront and make peace with them before being able to move on. Through shared stories and experiences, Aka comes face-to-face with his own traumatic past, and it is what progresses the story. 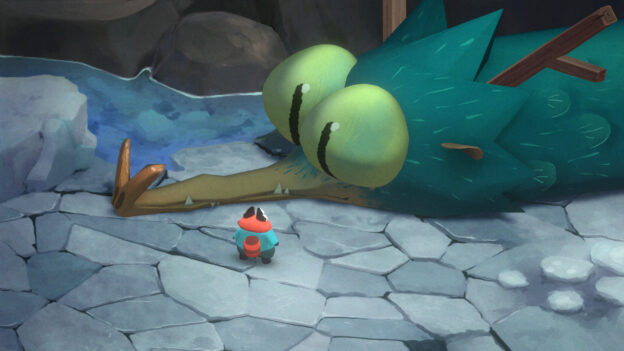 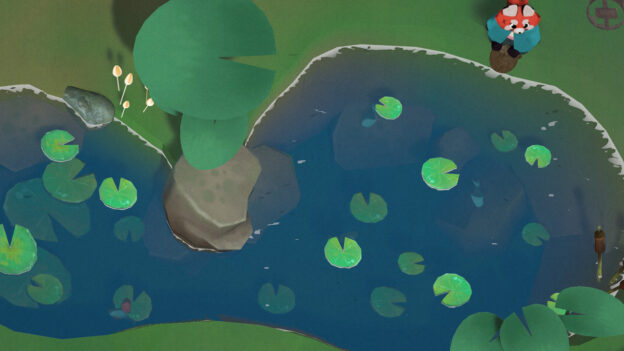 Completing quests also progresses the game. Players will only receive quests by interacting with the world around them. Although there is little incentive to do so, the more quests completed, the more clean and beautiful the island will become, the greater the trust and deeper the bonds you will build with the island’s residents, and the closer you are to coming face-to-face and confronting your traumatic past. Unfortunately, the quests become pretty repetitive as they are nearly the same on every island.

Aka does very little hand-holding even when it would have been thoughtful. For instance, the turn-based RPG-like card minigame can be confusing during your first playthrough as it lacks a tutorial. Sure, after a couple of games, the imagery of weapons, a heart, and a yellow circle with numbers indicating how many points you can use per turn will start to make sense. But it would have been nice to know before jumping into it blind! Aka also missed the perfect opportunity to use the Nintendo Switch’s gyroscope feature in the minigame marble maze, where the player must tilt the stick that controls the box in various directions to guide the marble into a hole.

The Nintendo Switch’s button layout feels like an afterthought, and navigating the UI can be quite awkward. Opening your inventory might leave you frozen in an animation that cannot be fixed unless you enter and exit a building or reboot the game completely. You might also find yourself traveling to a not-so-secret area of Pine Island, where you fall out of the environment and struggle to find your way back. Once again, time to reboot the game. Life in retirement should not have to be this stressful. Thankfully, patches recently have been created to fix some of these issues. 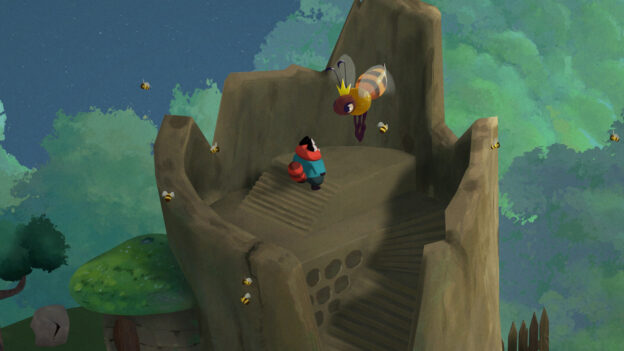 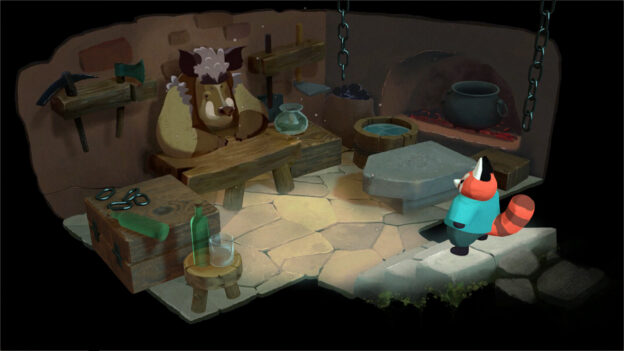 Although its gameplay is tainted with technical difficulties, the beautiful watercolor cutscenes, ghibli-esque art style, and meditative music in a lush isometric environment set the tone and are appropriate for its atmosphere.

Overall, Aka is a solid attempt at the life sims genre, with it truly hitting the mark of being casual and cozy rather than being like the others within the same genre that are more-so grindy time and resource management games. The plot is simple and quite touching, yet it falls short of its promise of peace (for the player, that is). So finding it for Aka will be tough when the game is in need of more maintenance.

Aka is available for purchase on the official Nintendo website and Nintendo Switch’s eShop for $12.99.