There are “Missing” posters hanging outside many of the houses in Children of Silentown, but for the wrong reasons. The residents aren’t encouraged to find their missing neighbors, but to simply acknowledge them, and perhaps learn from them. The hero of the story—a young girl named Lucy—has other plans.

Children of Silentown is a point-and-click adventure/puzzle game published by Daedalic. They tend to bring us adventures with strong narratives, and that’s certainly the case here. Lucy has seen too many of her friends and acquaintances lost to the menacing woods surrounding Silentown, and she’s tired of being told to remain quiet about it. Why are the adults so willing to accept these disappearances? She hears the howls at night, but wouldn’t it be better to confront what’s out there than to remain terrified by it? 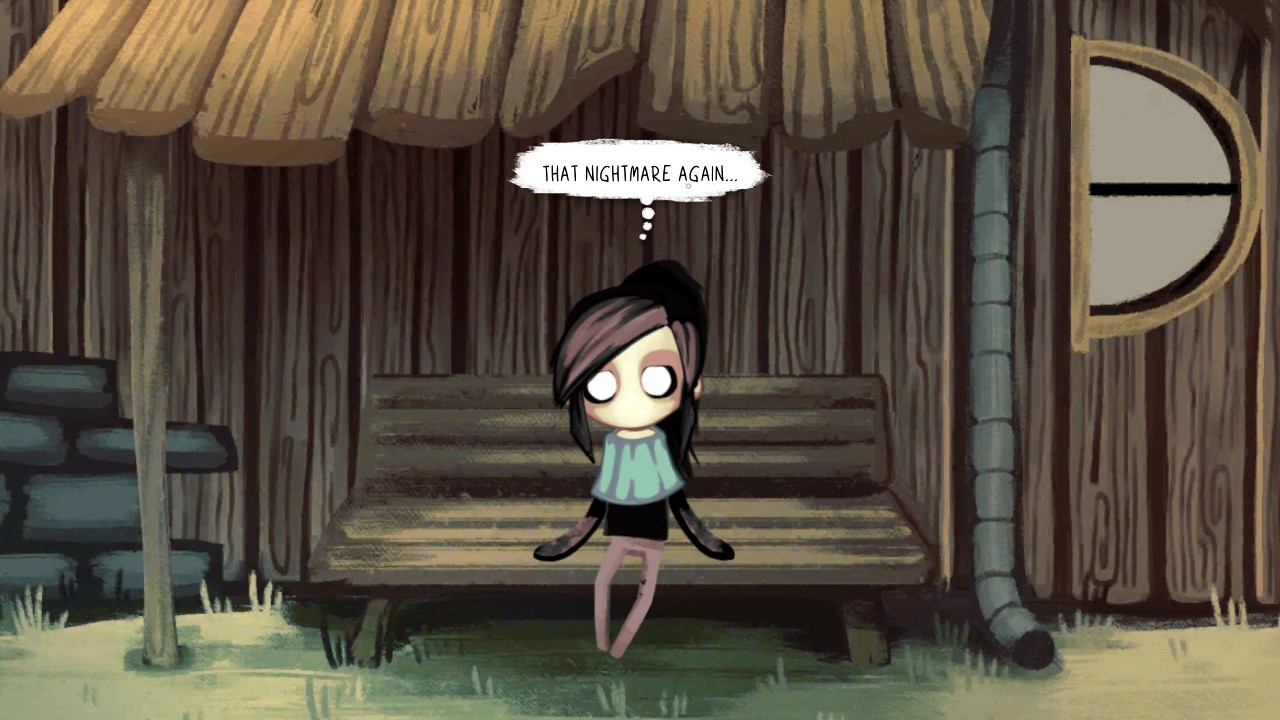 The one thing that does bring Lucy some joy is singing. She’s taught by her mother, and for good reason; her song helps her convince the town’s residents to reveal information they otherwise may not. Lucy eventually learns another song that can show what has happened in certain areas. The player uses these songs to solve puzzles and push the narrative along, and it’s a rather endearing way of doing so.

Of course, exploration is important, but it never becomes daunting because Silentown isn’t very large. There also aren’t that many citizens, so asking around for clues is a painless process. Even better, a wonderful UI decision helps to save you time. If you select an inventory item and carry it around town, the game will change its icon to gears if it can be used on a person or location. In other words, you won’t have to randomly use objects on people or things to see if that solves a puzzle; the game makes it clear what’s compatible. 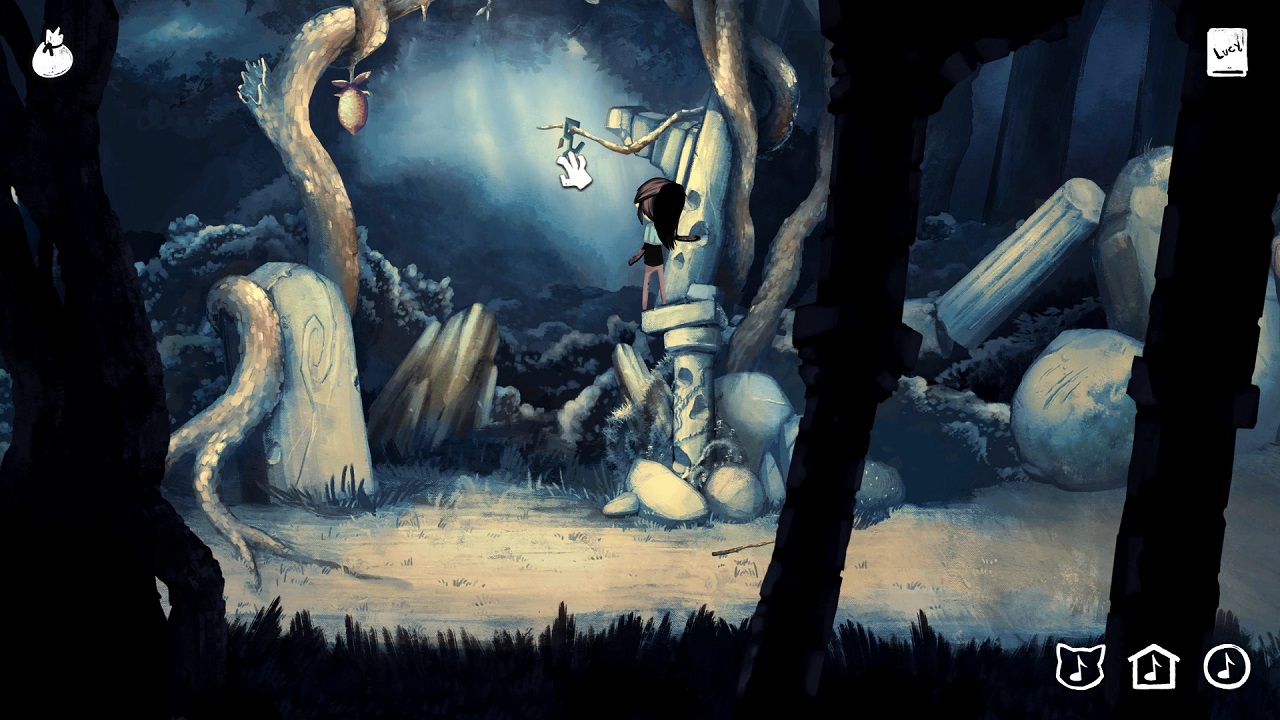 That doesn’t mean, however, that you won’t spend plenty of time wandering through town trying to figure out what to do next. Often, you’ll explore an area to no avail because you haven’t triggered the right story element for the necessary item or bit of dialogue to appear. This means you’ll end up looking at the same things or talking to the same person multiple times. Thankfully, though, your inventory is never inundated with objects, items are cleared out when they’re no longer necessary, and the inventory puzzles themselves are somewhat logical.

Occasionally, the dialogue will present response options. Each choice moves the story along, and the options are usually fairly similar. I’m not sure of the impact they have on the game, but Children of Silentown does have multiple endings. Judging from the end-game graphic, I think I got the second ending. I know I didn’t find all of the collectibles, and there are a couple decisions I made that I immediately regretted. Did they affect the ending I got? I don’t know. I rarely play through a new game + on adventure games, and didn’t here. But if I do, you can bet I’ll pay closer attention to the requests and needs of my friends.

In addition to the inventory and location puzzles, Children of Silentown utilizes three types of repeated puzzles throughout the game. One involves stitching in the proper sequence, one has you placing gears to spin tiles to create a path from starting to endpoints, and the last tasks you with creating beams of light to properly illuminate eyeballs on a grid. 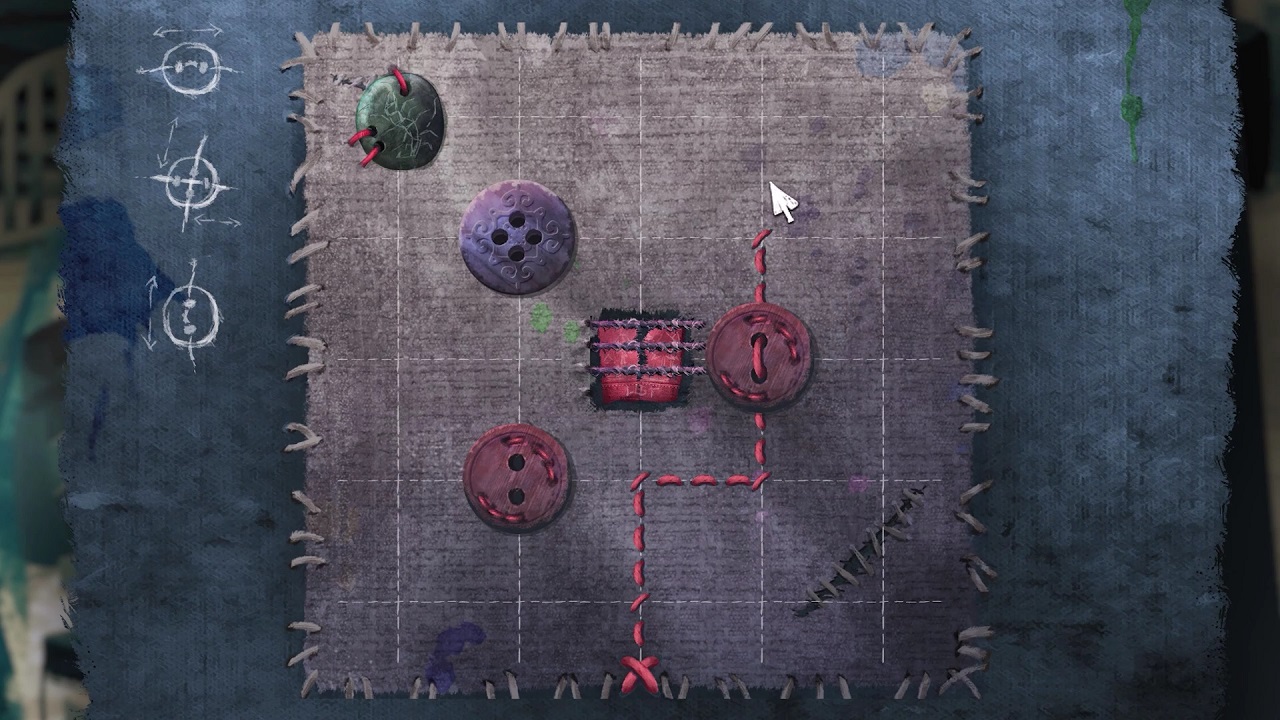 My wife and I were able to work through these without much trouble. Good thing, because there are no hints and you must complete them to proceed. If logic puzzles aren’t your thing, you could end up abandoning the game in short order. One tip on the gears game; work your way through one tile at a time, and use the gears to lock the rotation sequence of the ones that are properly aligned. Tiles reset if they’re not connected to a gear, but you can use the corners to lock the rotation of four tiles with one gear.

Later in the game, there’s a sequence of puzzles where you need to direct the flow of water into various bowls. We were able to pull the right levers fairly quickly, but were stumped for over an hour on how to address one where the bowl was missing. After countless repeated attempts, it ends up we’d simply missed the access point to a new screen that contained an item we needed. That’s the only time real frustration set in.

Well, that and at the game’s conclusion, which comes abruptly and doesn’t really offer a solid payoff. Again, maybe better decisions at key moments would’ve corrected that.

Thankfully, Lucy is a great character who’s easy to rally behind along the way. Her relationship with her family is complex, but grounded. She will disobey her parents to do what she feels is right, but would certainly rather she had their blessing. She’s brave in confronting her fears and in handling her friends, and it’s fun to spend around 15 hours with her on this adventure. Players will identify with her youthful desire to break out and find the truth behind these missing people while also understanding the fears of those who’ve seen too many loved ones disappear. 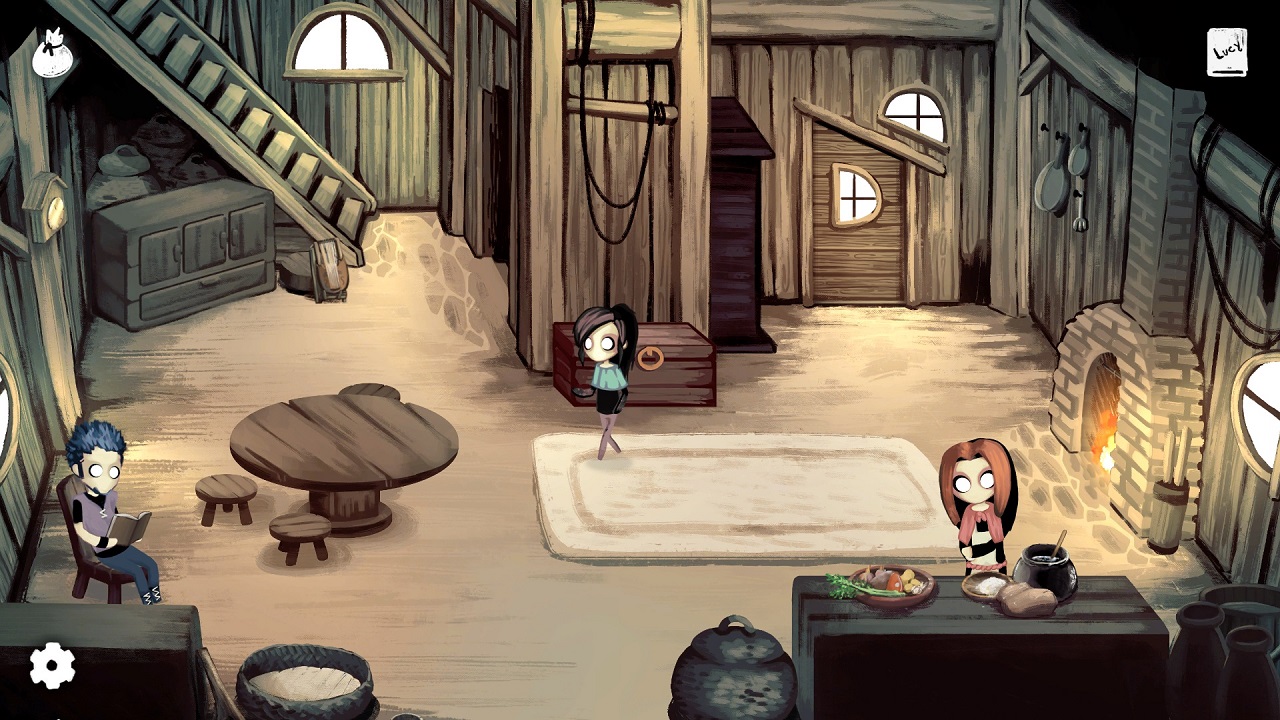 Despite the heavy theme, it’s still fun to explore the village and eventually (of course) the forest. Both are presented as if in an animated picture book that is simultaneously creepy and inviting; the kind my kids loved to have read to them when they were younger. That vibe carries across all elements of the game. Always slightly challenging and unsettling, Children of Silentown never pushes too far outside the realm of casual gameplay.

But don’t let the word “causal” sound like a negative here. This is a great game that will appeal to puzzle adventurers regardless of their level of expertise. Whether you want more or less of a challenge, there’s enough here to compel you to see it through to the end.