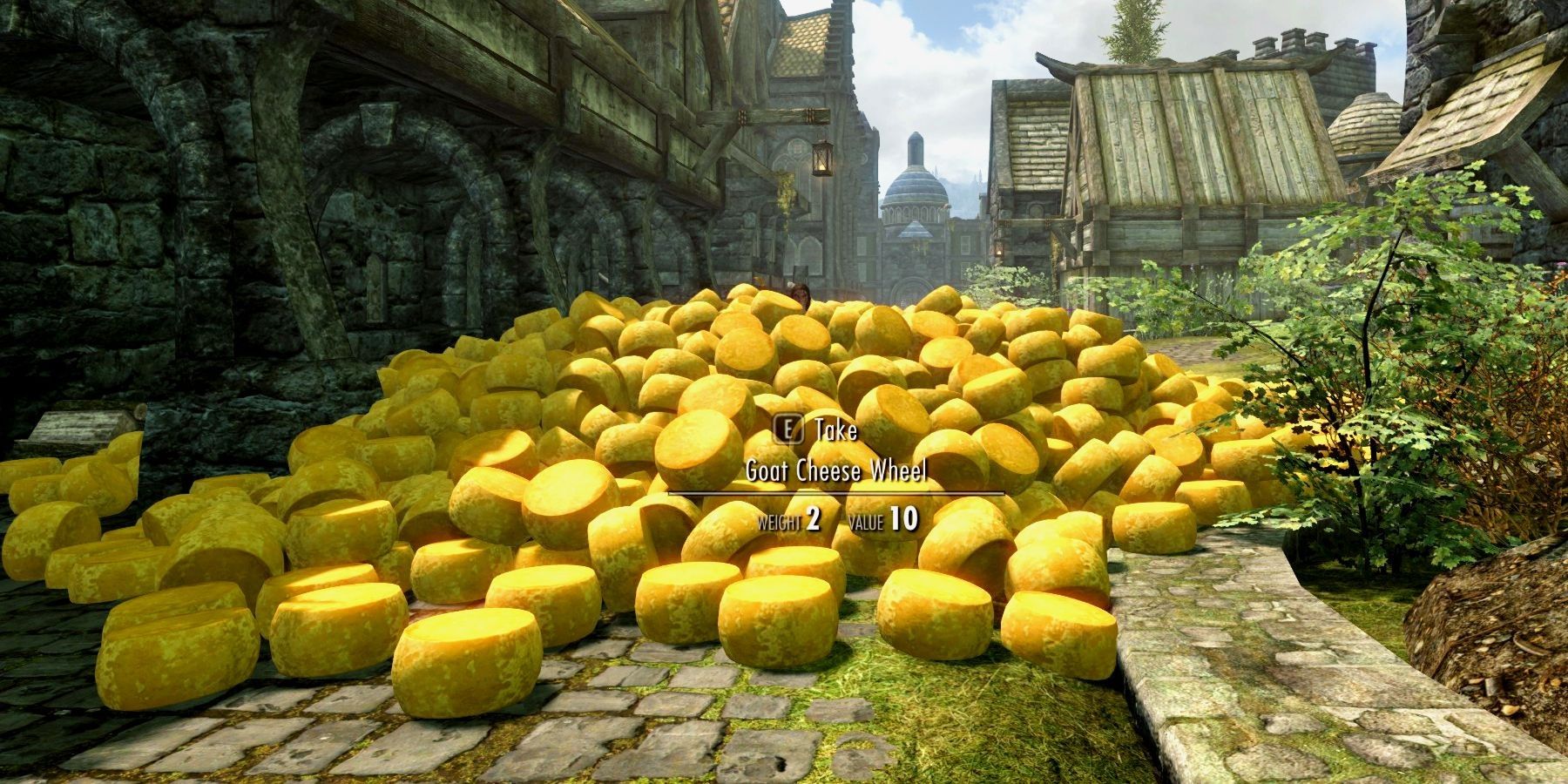 A fan of The Elder Scrolls 5: Skyrim somehow started a massive brawl in the city of Riften after dropping a block of cheese. The Elder Scrolls 5: Skyrim features many memorable cities, and Riften is perhaps one of the more well-known locations in the game. Along with being the capital of the Rift, Riften is home to the Thieves Guild, one of the factions players can join in their playthrough of Skyrim.