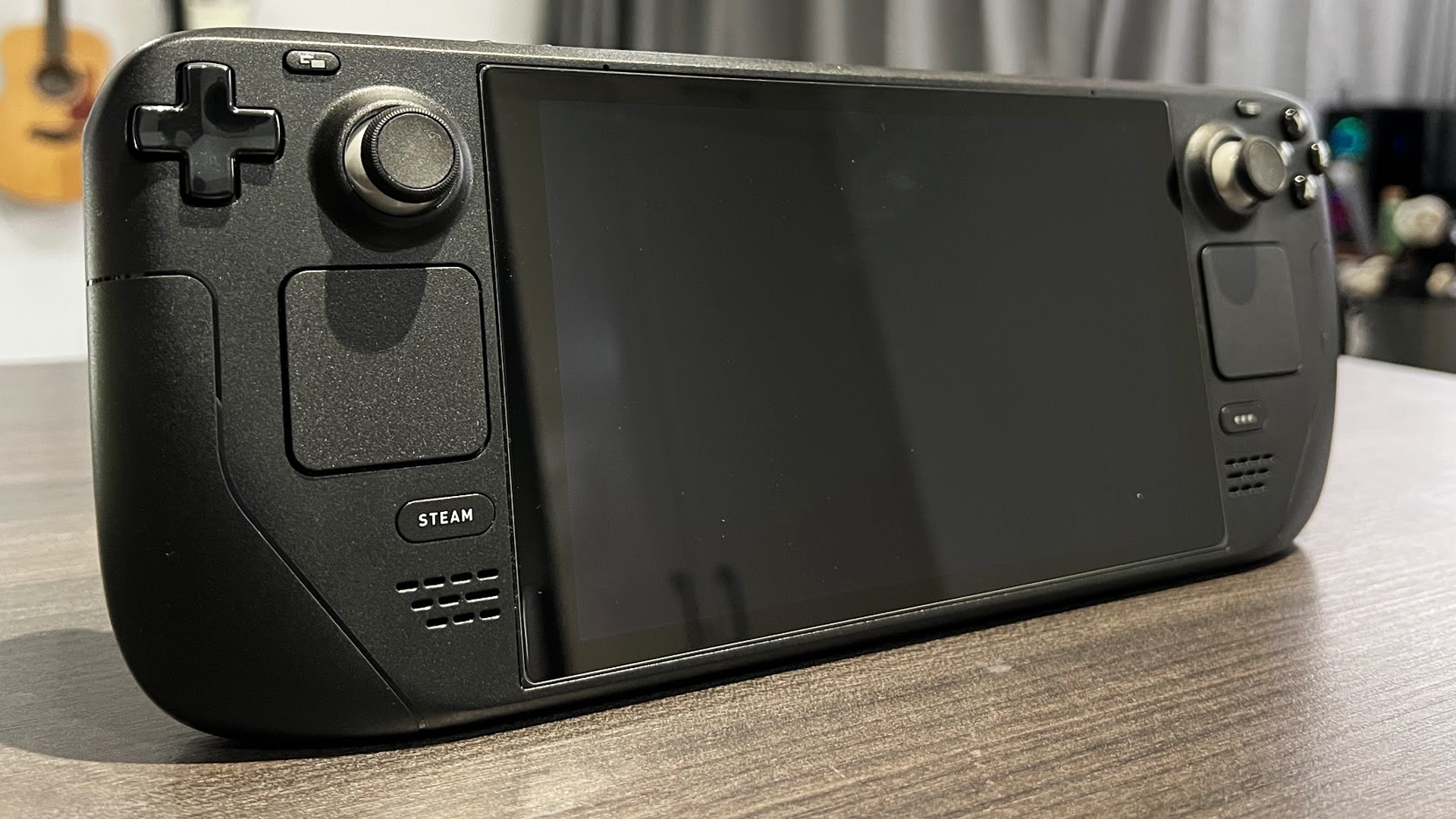 2022 was a milestone year for PC gaming thanks to Valve and AMD, who managed to take a low-end PC and shrink it down to a surprisingly powerful handheld that can run the latest AAA games. Coming in at 669 grams and almost 30cm wide, the Steam Deck is one of the biggest handhelds we’ve ever used. Packing a seven-inch touch screen, trackpads, and more buttons than an Xbox Elite Controller, Valve has covered every base without compromising comfort.

At a glance, the Steam Deck’s button placement might seem confusing to someone who hasn’t had a chance to try it. Most handhelds tend to keep the buttons towards the middle of the device, whereas the Steam Deck shifts everything except the trackpads to the top. The end result is a handheld that fits perfectly in your hands as your fingers naturally rest on top of each button. The Steam Deck’s familiar and intuitive design makes it feel like a professional-grade controller, suitable for any genre.

While it’s incredible that Valve has managed to squeeze so much into the Steam Deck, there are blatant compromises that keep the cheapest Steam Deck under £350 / $400. The 1280x800 IPS screen is definitely one of the Steam Deck’s weaker points, making the device feel outdated compared to most modern mobile phones which have opted for OLED screens. Not only does the screen lack the perfect black levels and vibrant colours exclusive to OLED panels, the 60Hz display features faint ghosting when playing fast-paced games.