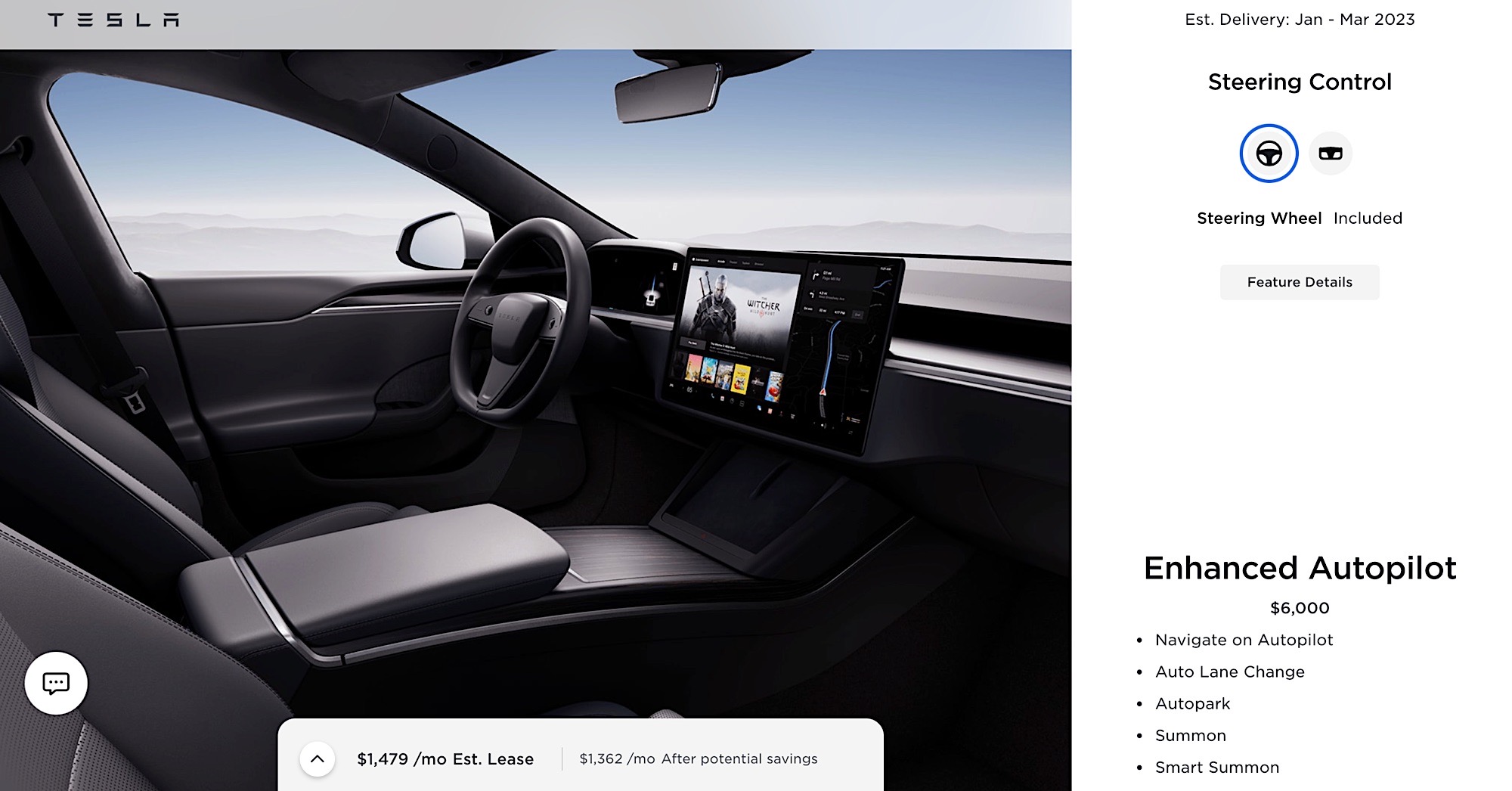 When Tesla started offering a yoke steering wheel in Model X and Model S EVs, CEO Elon Musk rejected the idea of a more conventional option. Now, the company has indeed brought back the round steering wheel as an option in the configurator, Electrek has reported. Selecting it doesn't appear to change the price or delivery time.

If you already bought a Tesla Model S or X with a yoke and don't like it, you have options, too. As pointed out by YouTuber and Tesla owner Marques Brownlee, the company is now offering a $700 option to replace the yoke with a round steering wheel. "This retrofit is only compatible with Model S and Model X vehicles configured with a Yoke Steering Wheel. Purchase price includes installation through Tesla Service," Tesla notes. It adds that the wheel has "no stalks or shifters."

The yoke divided Tesla fans, as many felt it wasn't practical for one-handed use and that it was awkward when driving at slow speeds. It was also deemed potentially unsafe by some owners in case you needed to do quick maneuvers like a skid recovery.

Yet another round wheel is boring & blocks the screen. FSD in panoramic mode looks way better with a yoke.

When the yoke came along, Tesla also replaced all the stalks with force touch buttons, another thing some drivers weren't crazy about. As mentioned though, the new wheel option doesn't have any stalks or shifters either, and the design appears to be based on the yoke in terms of spoke positioning, buttons, etc.

When asked in a tweet in 2021 if Tesla would offer a round steering wheel as an option to the yoke, he replied simply "No." He went on to explain that "yet another round wheel is boring & blocks the screen. FSD in panoramic mode looks way better with a yoke." Apparently, there were enough potential buyers who felt otherwise.