Ubisoft Plus Could be Dividing into Different Tiers

GOG recently held a survey regarding different streaming services. The survey has hinted at potential future plans of Ubisoft to add multiple tiers to Ubisoft Plus. This isn’t a new concept and does make a lot of sense as competitors like Game Pass, PlayStation Plus, etc have been doing the same. It seems the subscription will be broken down into three different tiers.

Ubisoft Plus Splitting into Tiers

The survey held by GOG comprised questions regarding streaming services and will the users be interested if they had their own subscriptions. But if you go all the way to Question 21, hidden in the options are different tiers of Ubisoft Plus namely: 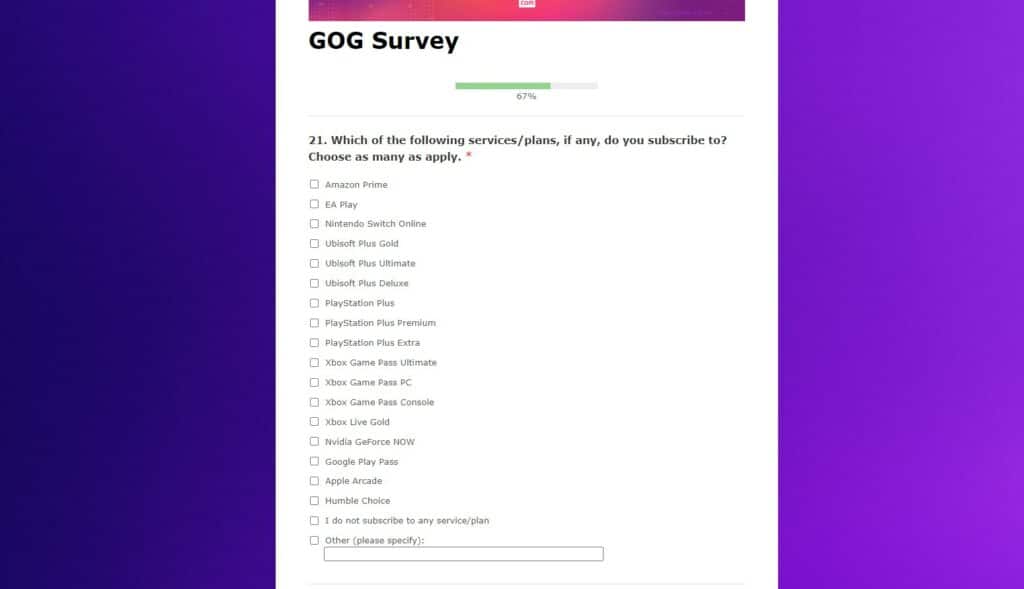 While Ubisoft is yet to make this information official we can take an educated guess as to what the tiers could be. Usually, the base tier grants you already launched titles from the developers i.e. Ubisoft Plus Gold. Ubisoft Plus Deluxe could make certain titles available from day 1 while retaining the base tier’s roster. While the max tier could include additional content plus everything from the first two tiers.

Ubisoft Plus was originally launched as Uplay Plus in 2019. It was later rebranded to the current name. The service initially launched only for PC but is now available for multiple platforms including PlayStation and Xbox. While it isn’t as popular as the Game Pass and PlayStation Pluses of the world it’s a great platform if you want access to all Ubisoft games. The lineup includes some great series of titles including Assassin’s Creed, Far Cry, and many others.

Do you guys use Ubisoft Plus? Will you be interested in subscribing to the service if it introduces different tiers? Let us know your thoughts in the comments down below.

The post Ubisoft Plus Could be Dividing into Different Tiers appeared first on WhatIfGaming.