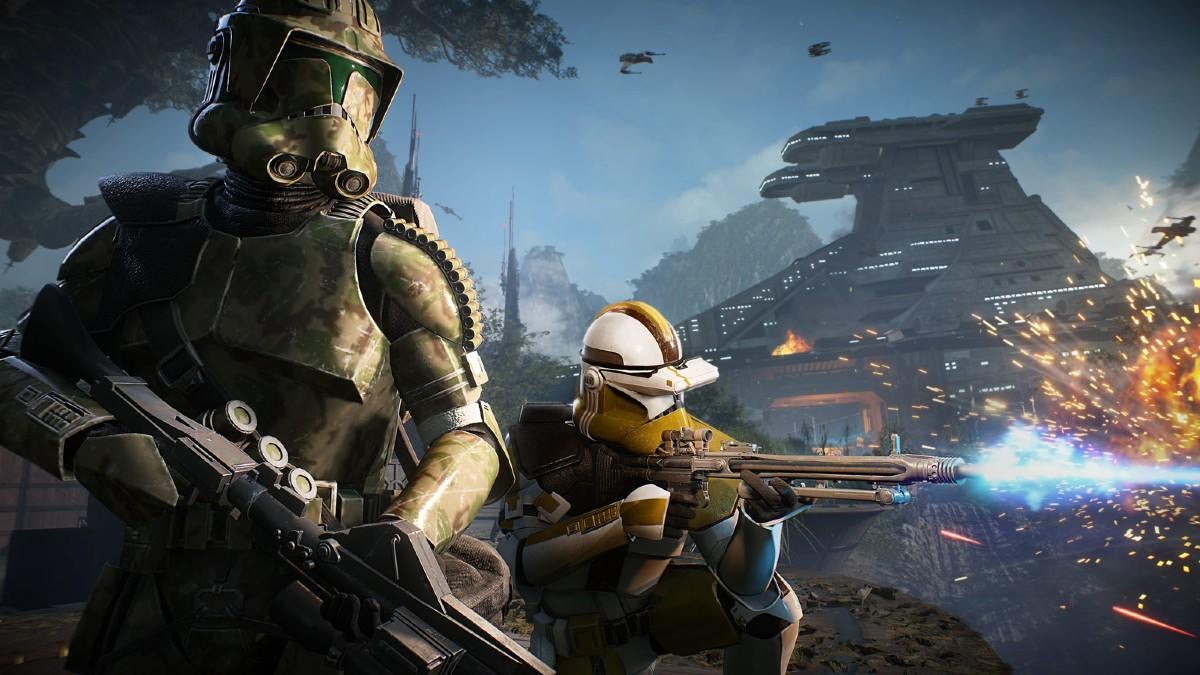 Ubisoft's upcoming Star Wars game is reportedly drawing major comparisons to No Man's Sky. Star Wars games have been in a weird place since Disney acquired the entire franchise in the early 2010s. EA was given the exclusive rights to make AAA Star Wars games for about a decade, which ended up amounting to very little compared to when LucasArts was in charge. We got two Battlefront games, both of which had rocky launches, Star Wars: Squadrons, and the acclaimed Star Wars Jedi: Fallen Order which is getting a sequel this year. There were some other games that got canceled, but it was ultimately a bit disappointing to see this run of Star Wars games.

However, other developers such as Ubisoft are working on new Star Wars games, but they're likely still years away from releasing. We don't know what Ubisoft is making besides the fact it's an open-world Star Wars game. Insider Gaming has noted some details about the untitled Star Wars game from Ubisoft and compared it to No Man's Sky. According to Insider Gaming, Ubisoft's game will feature a massive open-world that spans across a whole galaxy that you can seamlessly travel across. It's set to feature a fully customizable character that will "walk a path chosen by the [player] themselves". Of course, No Man's Sky featured a giant universe where players could fly to any planet they wanted and land anywhere on it and explore it. When they were done, they could get in their ship and fly off of the planet and go to another one, with no loading screens. It would be incredibly exciting to see this in a Star Wars game, but Ubisoft has yet to confirm it, so take it with a grain of salt for now.

It'll likely be a while before we see more from Ubisoft's Star Wars game. It was only announced in 2021 and is likely still in the very early stages of development. Nevertheless, given the developer's handling of other open-world games, there is no shortage of potential for the game.

What do you want to see from Ubisoft's Star Wars game? Let me know in the comments or hit me up on Twitter @Cade_Onder.