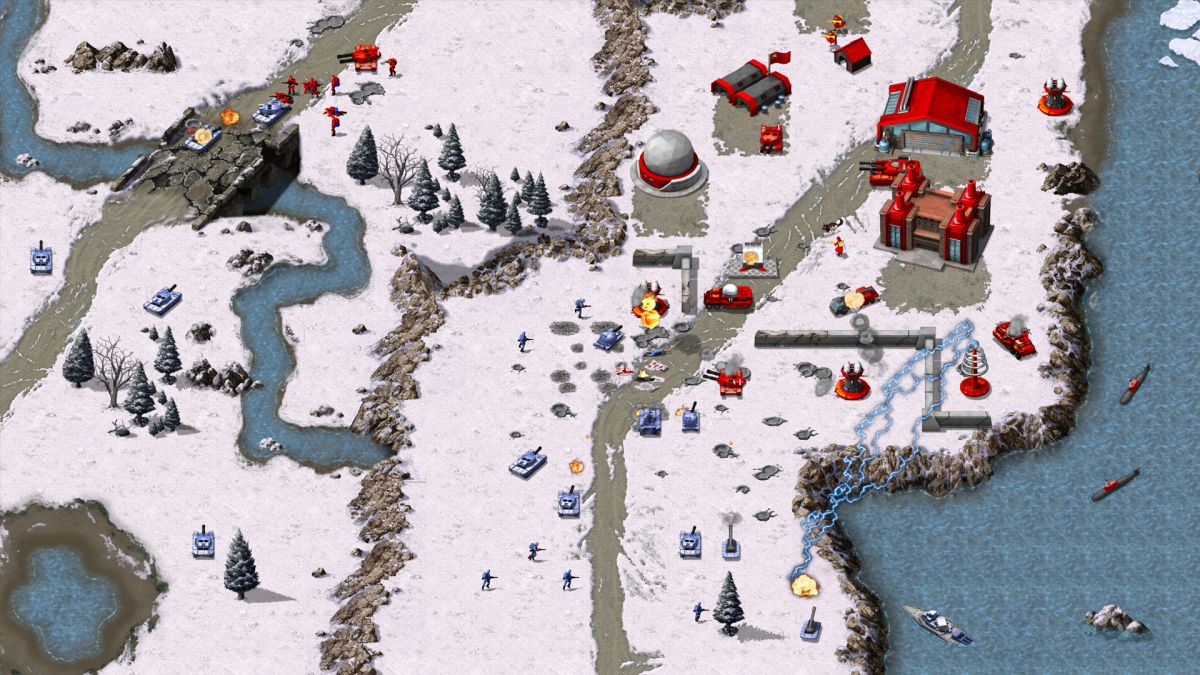 Sometimes the price is so right that you have to write an article about it. That's the case with the Command & Conquer Remastered Collection over on Steam right now, which you can pick up for a ridiculous $2.99/£2.69 until the deal ends on January 23. Enough for Hell March on its own, if you ask me.

The C&C Remastered Collection is a prettied-up combo of two classic strategy games: Red Alert 1 and Tiberian Dawn. Now, neither of them are the best entries in their respective series (that'd be Red Alert 2 and Tiberian Sun), but they're still golden oldies with plenty to love about them, and they planted a lot of the seeds that would come to blossom in later games. They're also replete with the cheesy FMV goodness that continues to define Command & Conquer to this day, even if we haven't had a new entry in a while.

The remaster turns the prickly blocks of pixels that those games were when they released in the '90s into a smooth and parseable game you can actually play on all your latest 4K, 144hz whirligigs. You can always switch back to the old graphics at the click of a button, though, if you're the nostalgic type.

For my money, the remaster is the best way to play these games today, but it's not perfect. Tragically, the devs couldn't get their hands on the original recordings for those cutscenes when they were making the remaster, so they had to rely on AI upscaling to turn the compressed, fuzzy videos that shipped with the original game into something you can tolerate on modern monitors. It looks fine for the most part, even if characters like Josef Stalin occasionally look like they've gone through a bunch of Photoshop filter passes. Then again, I guess that's kind of appropriate.

We were big fans of the C&C Remastered Collection when it came out. In a piece published when the remasters released, Rick Lane reflected that "Command & Conquer may be an old game, but it isn't a clunky one," and that its "simple yet propulsive mechanics and intense, fast-paced missions" were refreshing in an age whose strategy games demand you turn them into a kind of second career. You can't do much better for three bucks.